Today’s article is Ms. Sakiko Yamashita, who is a 3rd year student and plays heptathlon in track and field club. She is a junior of Ms. Sayaka Ueda in track and field club who appeared on Beyond last time. This time the interviewer tried to listen to not only her story but also deep connection between Miss Ueda and her. 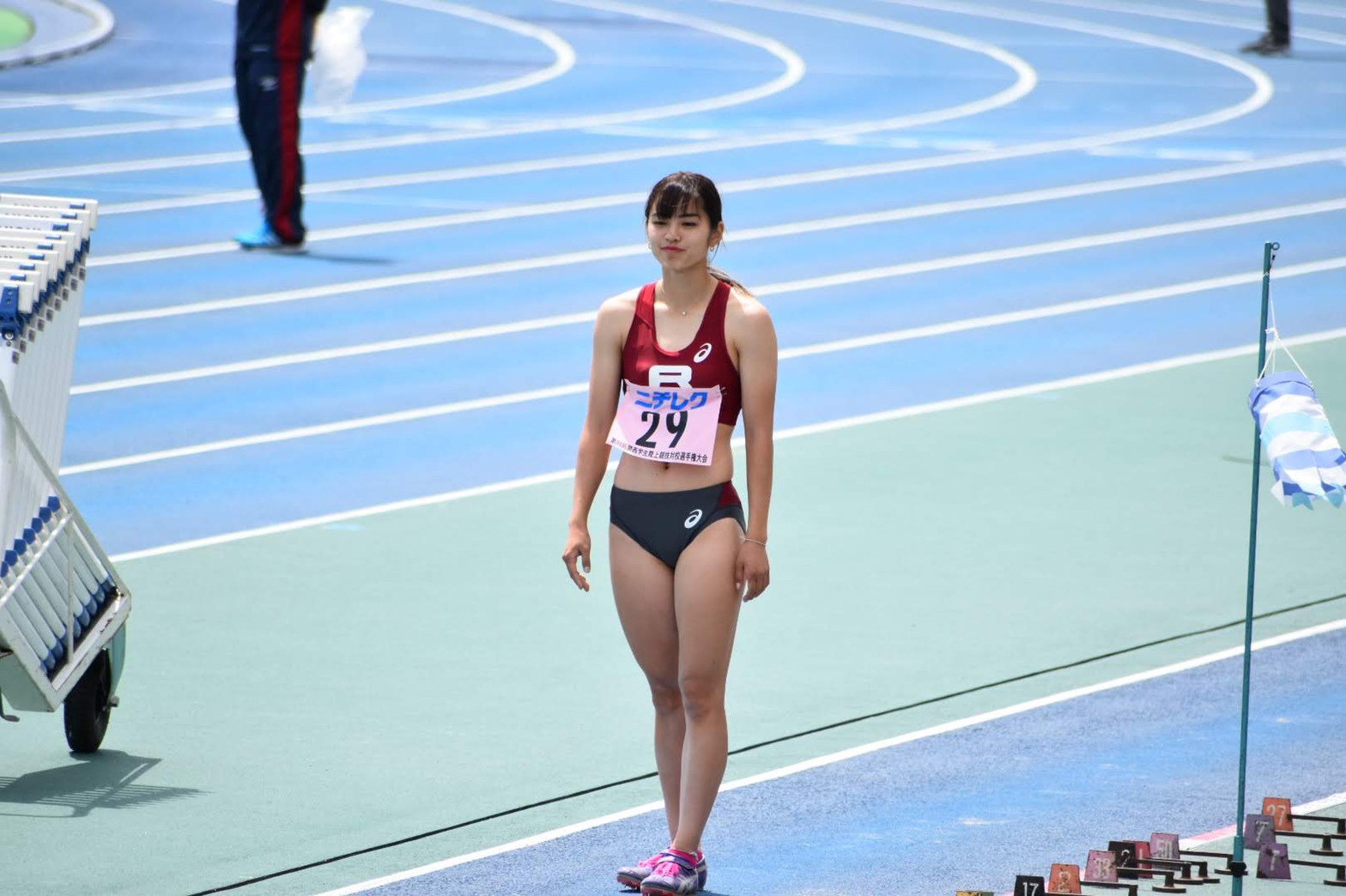 The encounter with track and field, and to enroll at Ritsumeikan

The encounter with track and field for her is when she was a junior high school student. She was in the track and field club as a player and swimming in parallel. And she got the won at tetrathlon, and she had decided to focus on track and field only. She prefers to track and field rather than swimming because she cant breathe while swimming. I was happy to be able to breathe on land, and it was a lot of fun during practice to be able to exchange opinions with my friends.

She went to a high school where has a strong track and field club. She changed from tetrathlon to heptathlon. Time has passed, she inspired by Sayaka Ueda to decide to enter the Ritsumeikan. From high school, she knew about Mr. Ueda, "There is a  good player who has achieved good results even though she has little advantage in height." "If Mr. Ueda is at Ritsumeikan University, I would like to go there too," It is the reason why she decided to go to Ritsumeikan University. 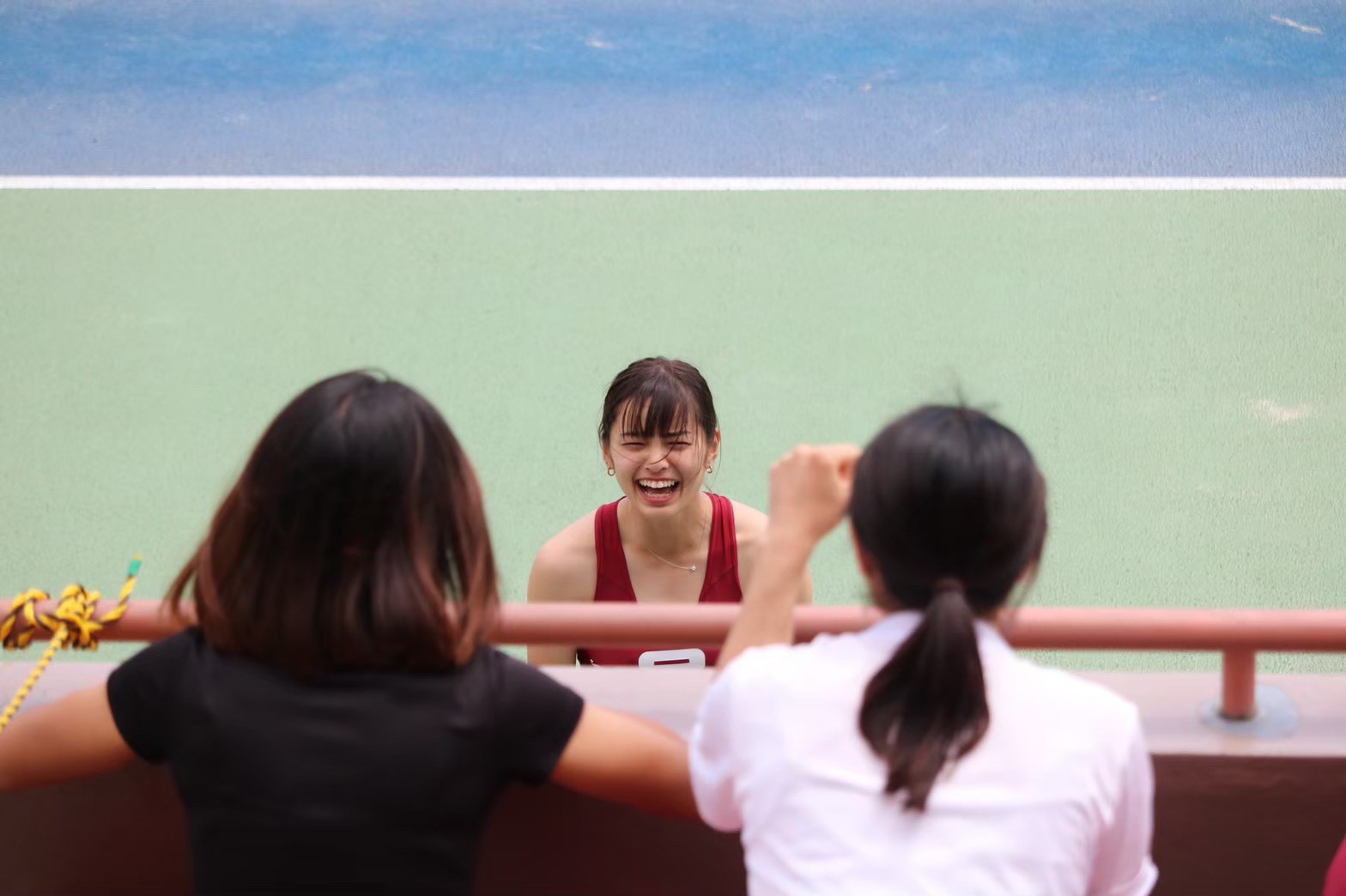 She is a senior, a junior, and a rival

Mr. Yamashita entered Ritsumeikan University, and his relationship with Mr. Ueda deepened.  The competitions they play are heptathlon. Mr. Yamashita and Mr. Ueda became aware of each other and gave advice as companions playing the same competition.  Mr. Yamashita described Mr. Ueda as "usually cute, but when it comes to sports, the game is strong."  When I saw Mr. Yamashita talking about Mr. Ueda, "I am a respectable senior and a rival," we felt the depth of their bond. 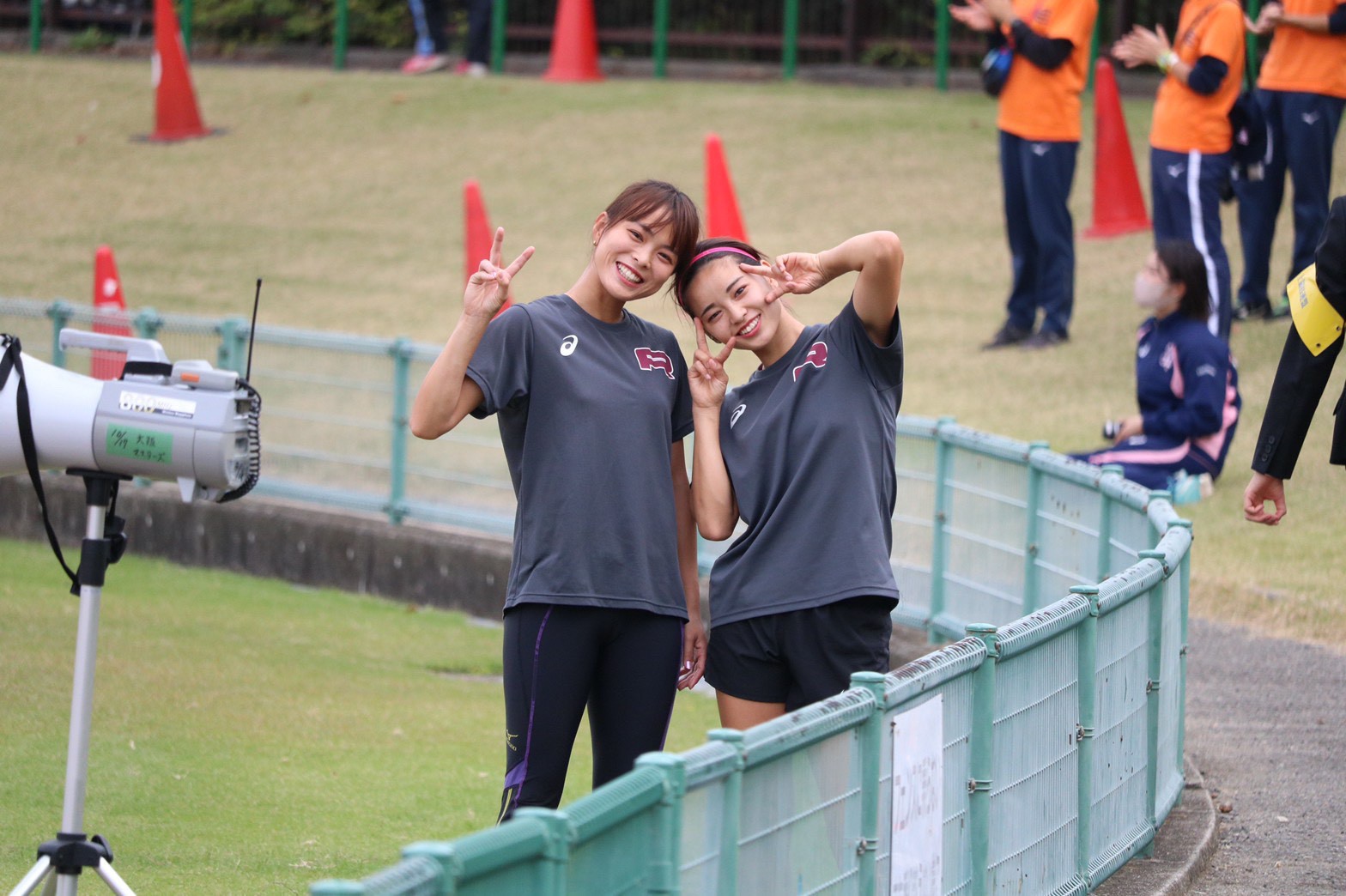 “Thanks to Sayaka, I never stopped and gave up track and field.”

Ms.Yamashita said that she has been with Sayaka, not only when she chose the university, but also when she felt sadness and happiness. She was injured the knee when she was a 2nd grade student in winter. And we felt for her in the her talking “Sayaka spent long time to reduce my injury even it’s last year for her campus life. So, I wanted to finish Inter college with Sayaka, but the dream never comes true because of covid-19. I feel so stressful.” Her thought toward track and field and people who supports her is so deep, because she had that experience. 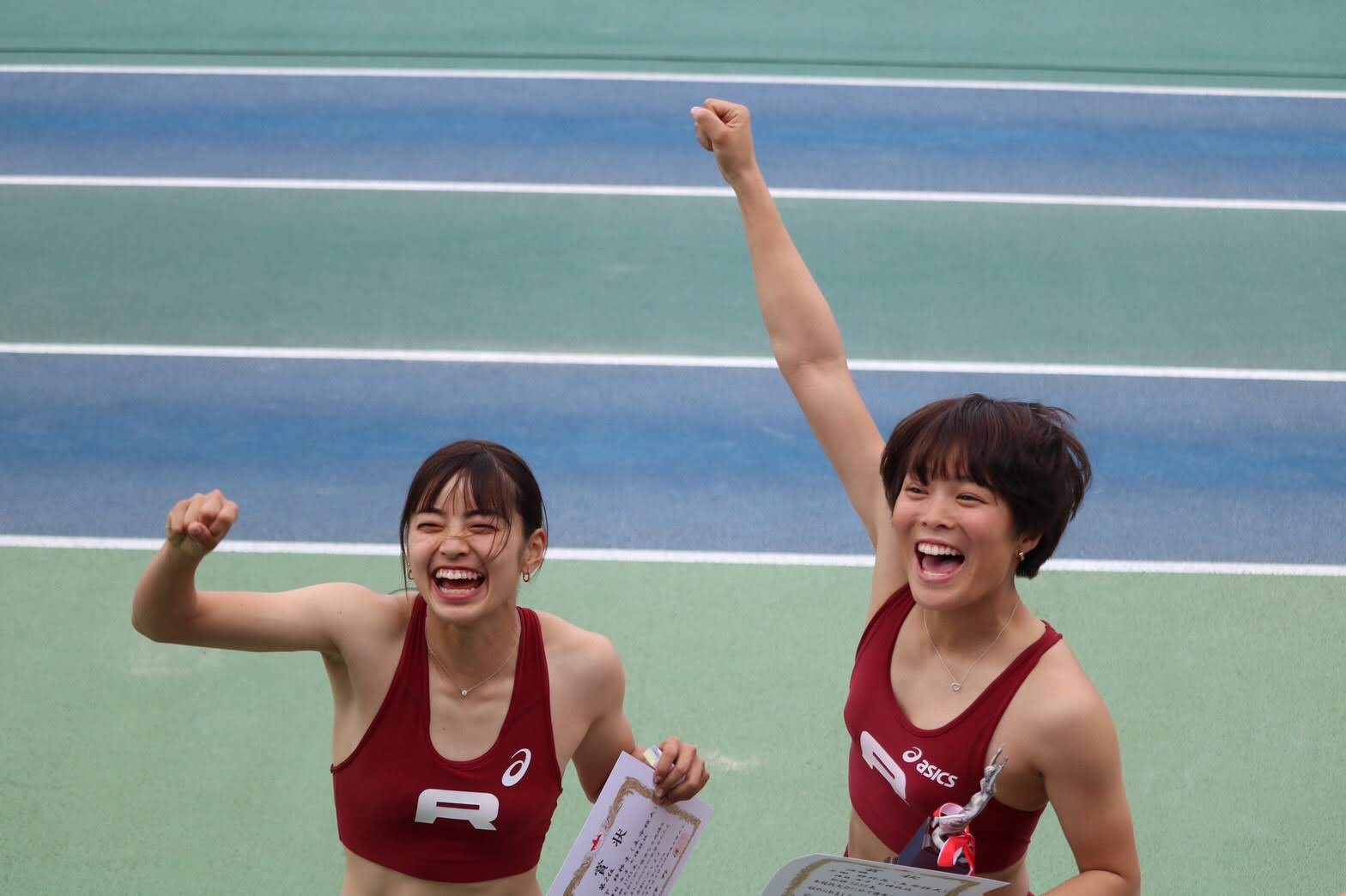 She said “When I suffered injury, Ms. Sayaka had stimulated me to try hard. I’ m sad because I can’t play with her. But I forget happiness that I could play till last and I want to practice hard next year.” She answered so for Ms. Ueda’s last message that she wanted her junior to run through to the end to say they’ve done. Ms. Yamashita is a 3rd student now. Final winter has come. It’s time when the risk of injury increases, but please take care of yourself and do your best!

If you want to watch the game of Ritsumeikan women track and field club, you can check the date of games from below URL!