Today's Beyond is Chihiro Minami, a third-year student in the women's track and field club at Ritsumeikan. She started track and field from high school. She has shown great success in the 4x400m relay of the Japan Athletics Championships Tournament. She won the championship.

What made her start on land?

What is the women's track and field club?

Ms. Minami, who was in last year, talked about her competitive life so far and her thoughts on her last year of college. 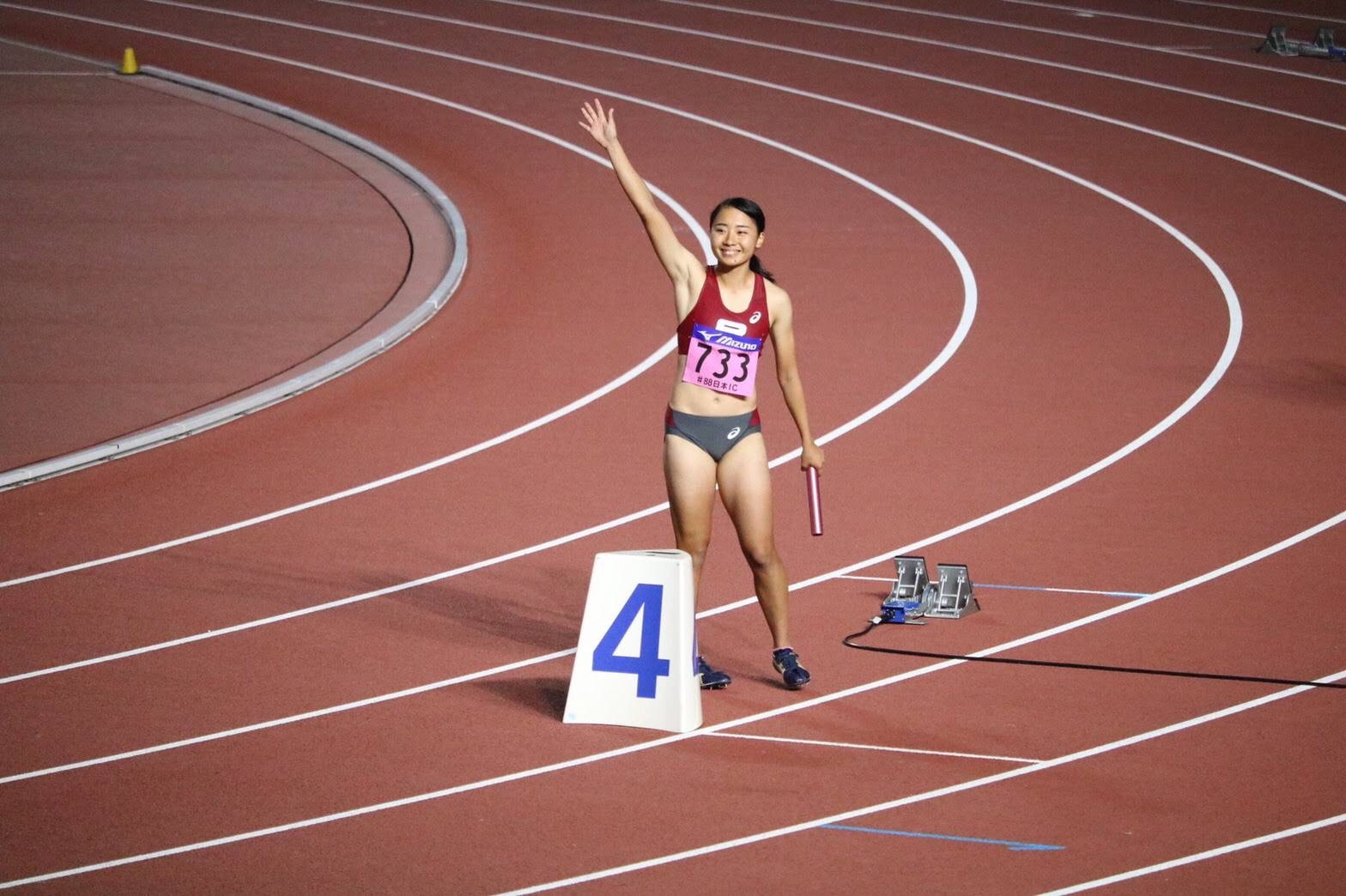 I want to play an active part in the national competition

Ms. Minami started baton twirling at the 5 years old due to the influence of his friends.

She had baton twirling in elementary and junior high schools at an outside club, which made her want to join school club activities.

At that time, she liked to run and joined the track and field club in high school. And she worked on both athletics and baton twirling. 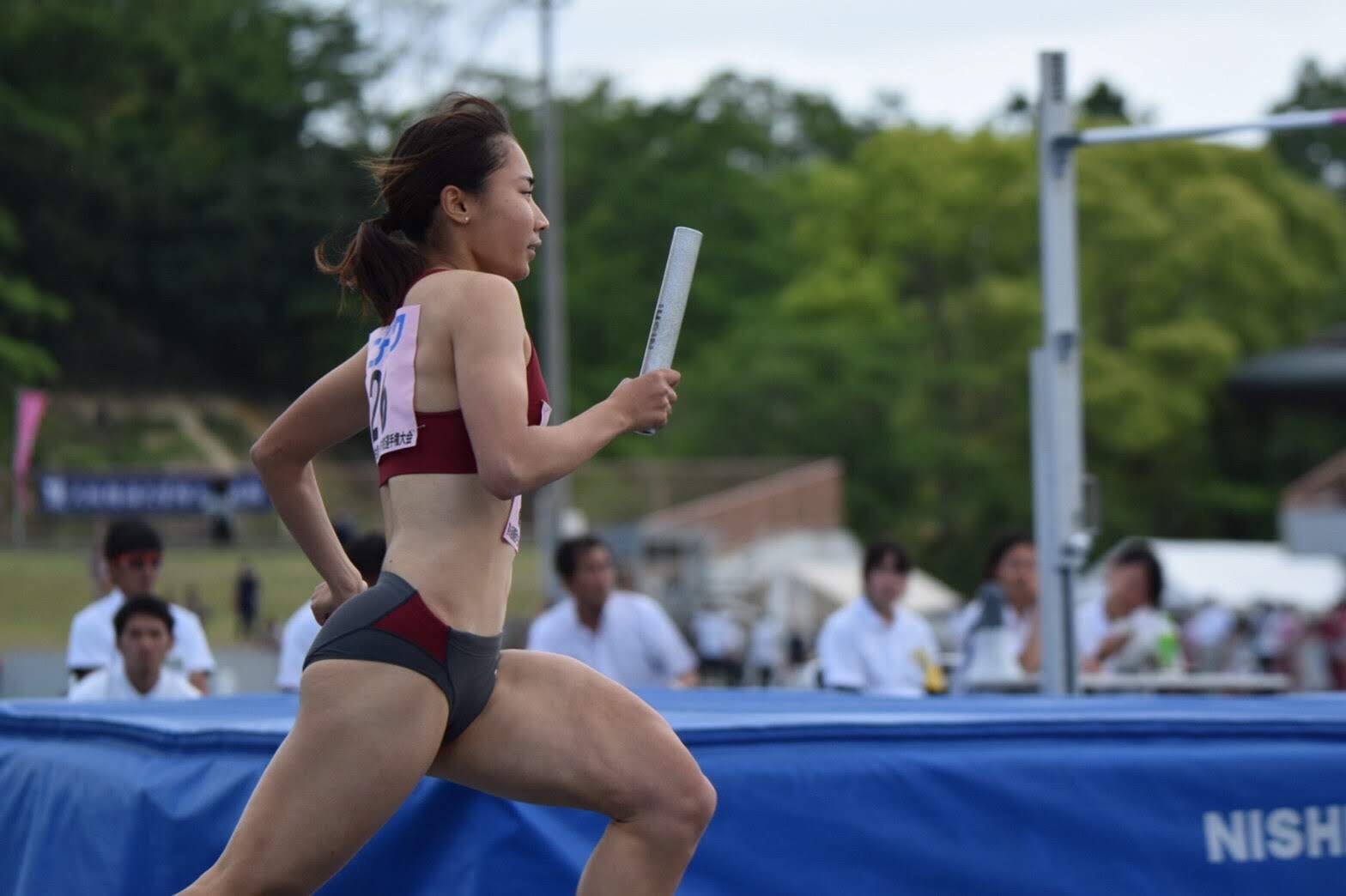 I want to be a number one in Japan

"I want to join the club which is good at sprint and I can be active in relay." "I want to try how well I can do even at a high level." she thought so and entered Ritsumeikan university by sports recommendations.

However, she said that initially joined the club, he couldn’t be acclimatized her body new environment because of new content of practice and way. In addition, record of 400 meters dropped compared with her best record. She thought “I don’t want to run.” for the first time.

Still she saw the seniors who are champions of the national track and field championships 4×400 relay competition and rethought “I want to be like them.” “I want to be a number one in Japan.” So, she became practicing more than ever. Thank of her effort, she became second place in all Japan inter college as a member of relay when she was a second grades university student. In addition, 103th national track and field championships 4×400 relay competition which became opportunity to recover for him won and achieved two consecutive victories. 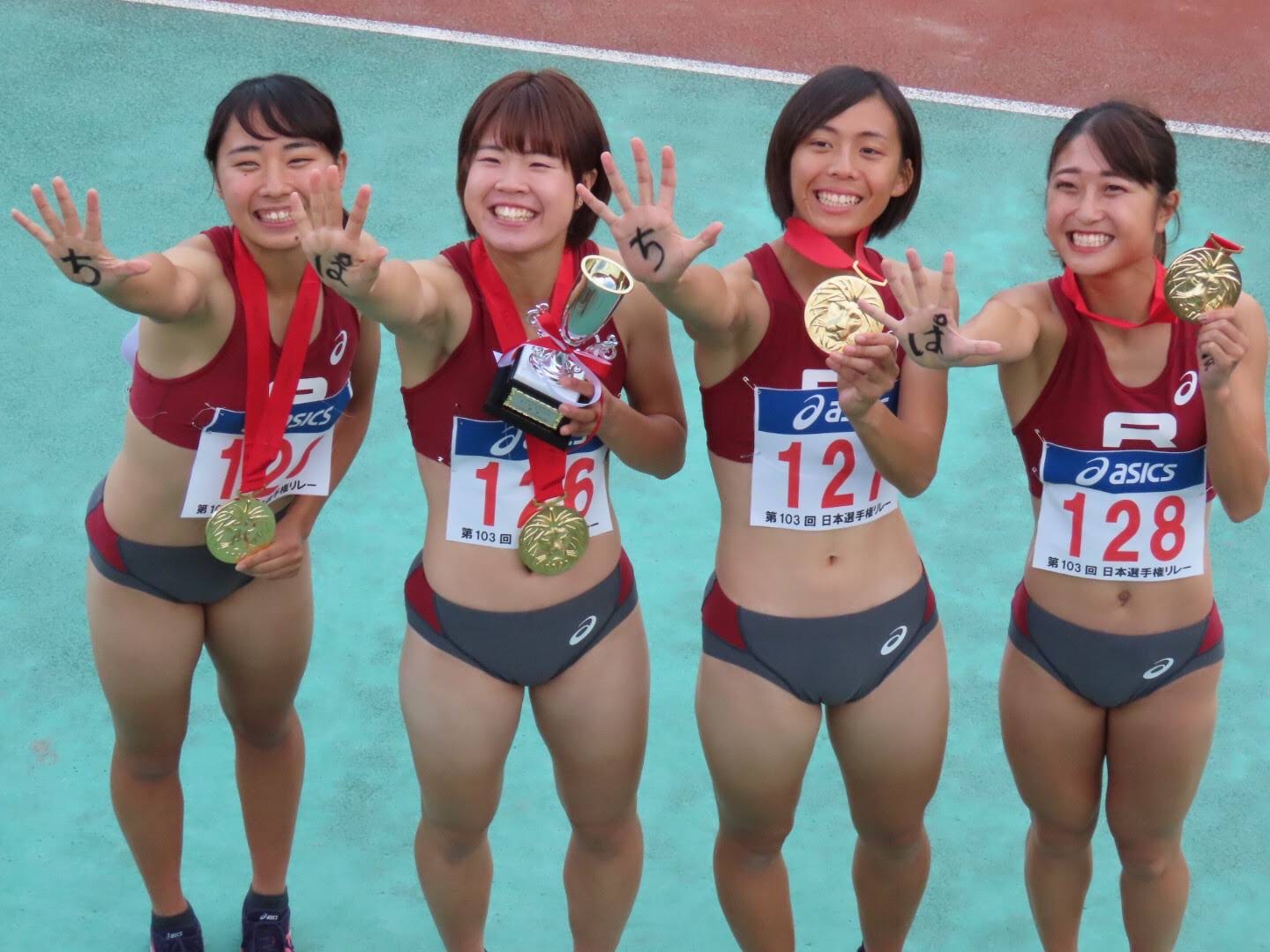 When she was a third-grade student, she couldn’t practice well because of COVID19. She was in fifth place in Japanese National Championship which she wanted to win three consecutive title, so it was frustrating for her.

Still, she wants to win Japanese National Championship and Intercollegiate Tournament next year for sure.

Also, she said “I was really happy to select the track and field club of Ritsumeikan University because I was blessed with good teammates. At the end, my club members and I get results together and we want to give back to our manager.” 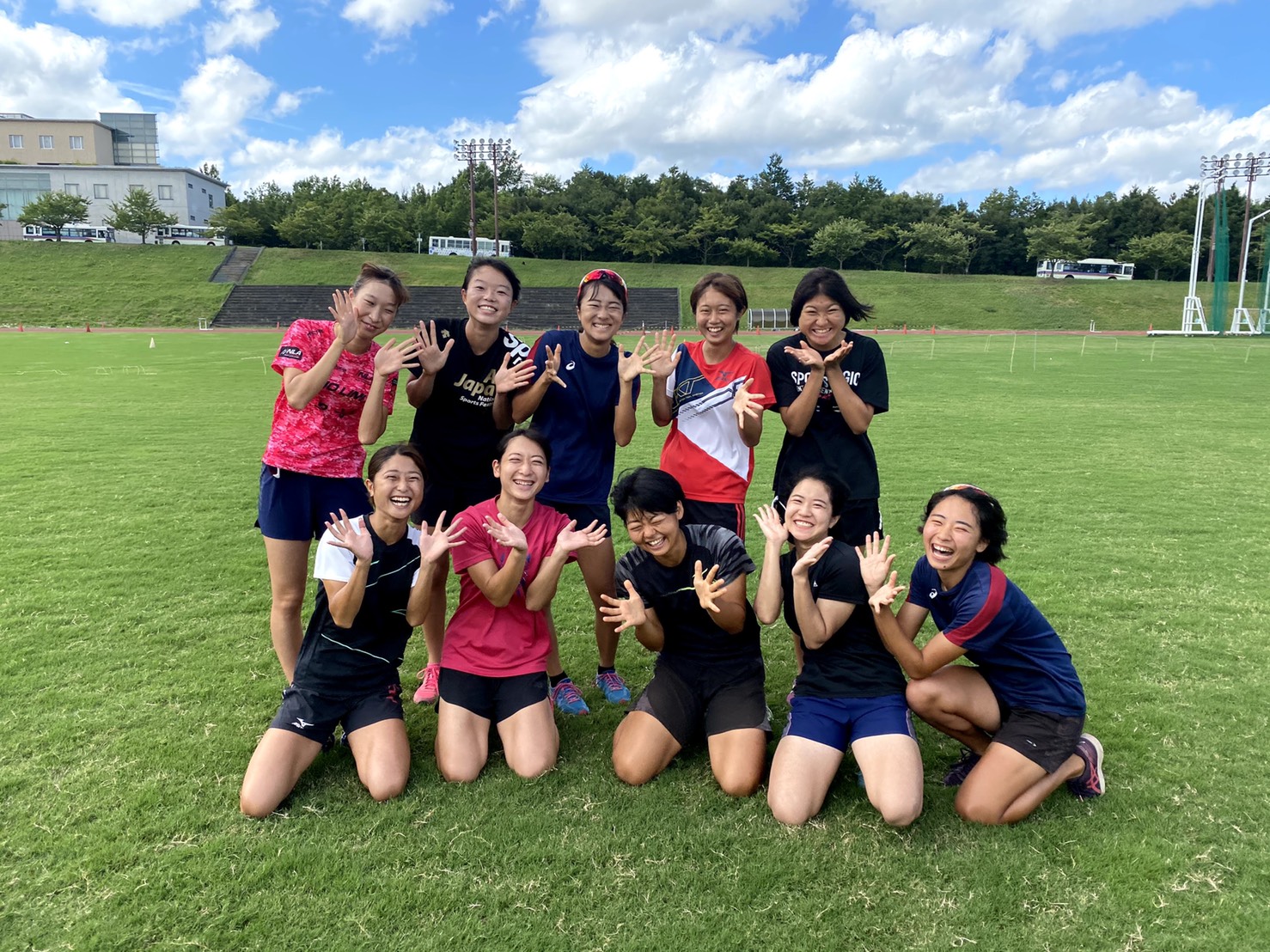 “It makes me grow”

She says “women’s track and field club make her grow.”

“It may sound cliche, but I really think so. Our manager always tells us that you can be active when you go out into the world. I feel my competitive skills and humanity grow by this environment.”, she said.

Also, she wants to see myself who does things other than sports after graduating from university.

“I have played sports like baton twirling since I was in kindergarten, so I think I will make results if I decide to quit cold turkey.” We’re looking forward to watch her success in the final competition life. 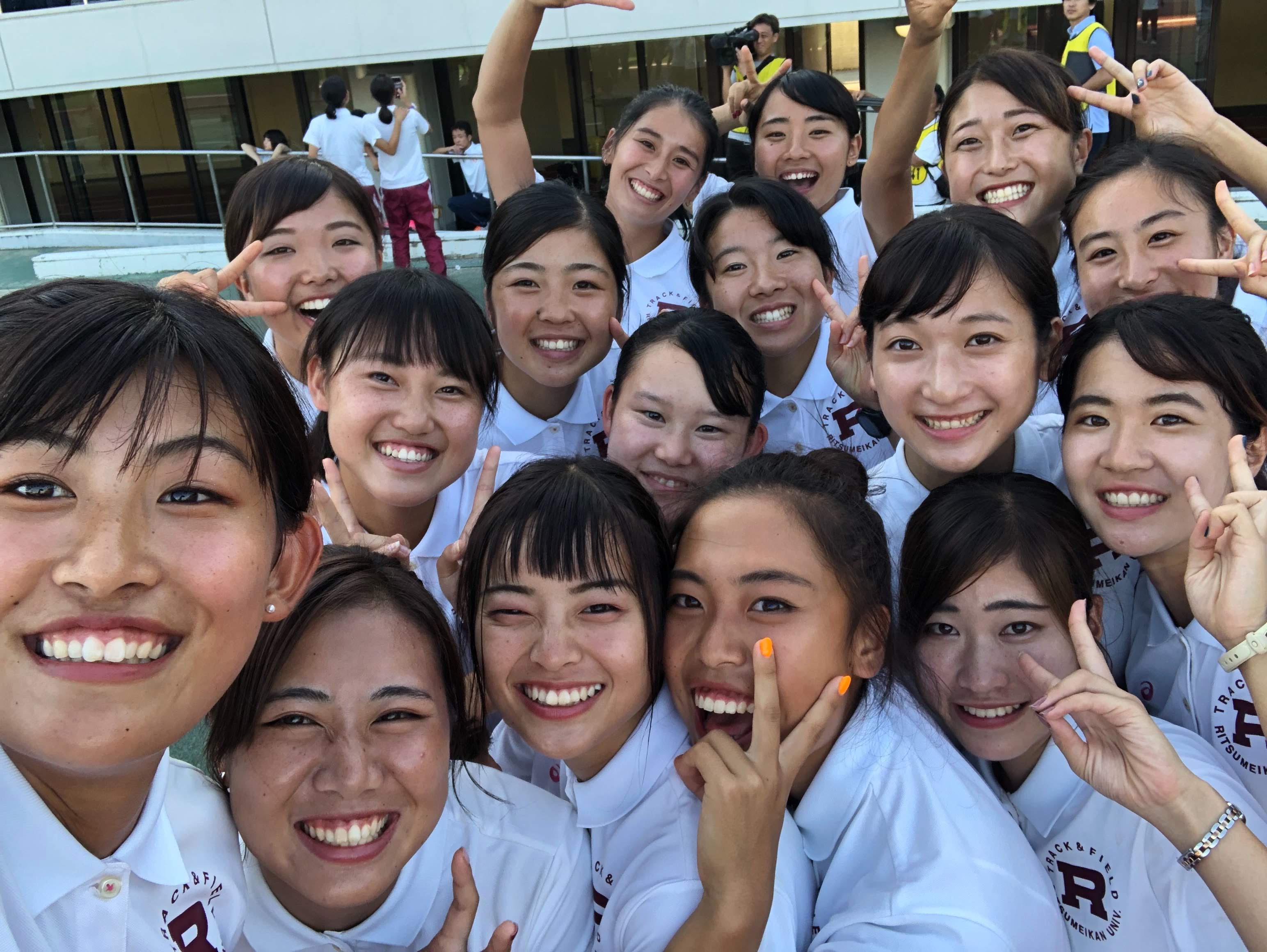 If you want to watch the game of Ritsumeikan women’s track and field club, you can check the date of game from below URL.