The basketball club is all about my college life

“The support of everyone supports the members”

Today ‘s Beyond introduces the 3rd grade student, Anno Endo, who is the team assistant in the basketball club.

She is the only manager in the basketball club and she has continued to support the team. She entered Ritsumeikan university because she wanted to become a basketball team assistant. But she was very lost before joining basketball club.

“Why did you decide to become a team assistant?”

“What do you value to support the basketball club player?”

We approach her feelings about team assistant! 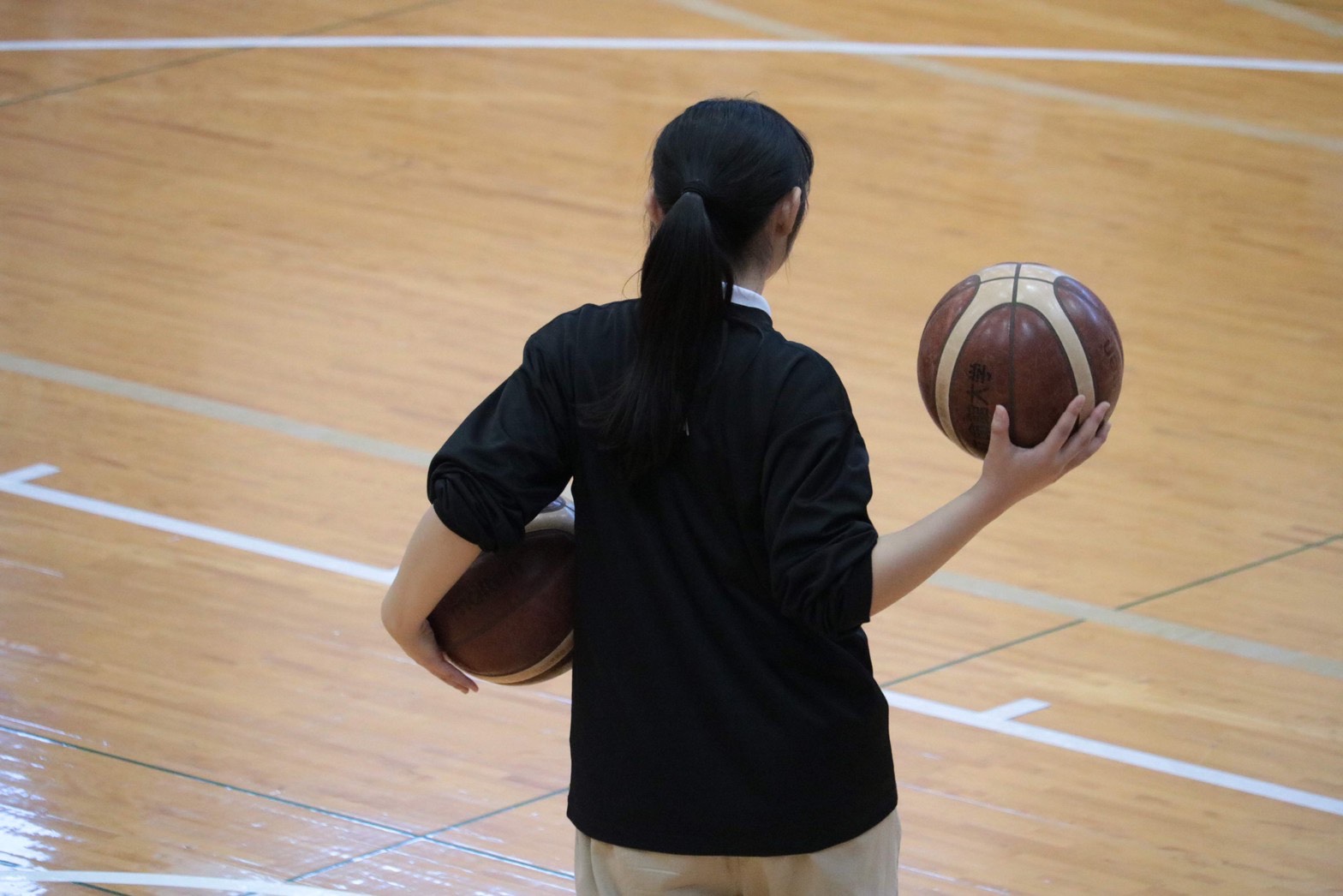 I want to be manager and support players!

“When I was in high school, I had a leg injury and couldn’t practice, and I was sometimes removed from the match. I was very disappointed at that time. However, I was able to overcome the difficult times because the team assistant kindly listened to me at that time.”

“I want to see Anno playing an active part in the match early.” 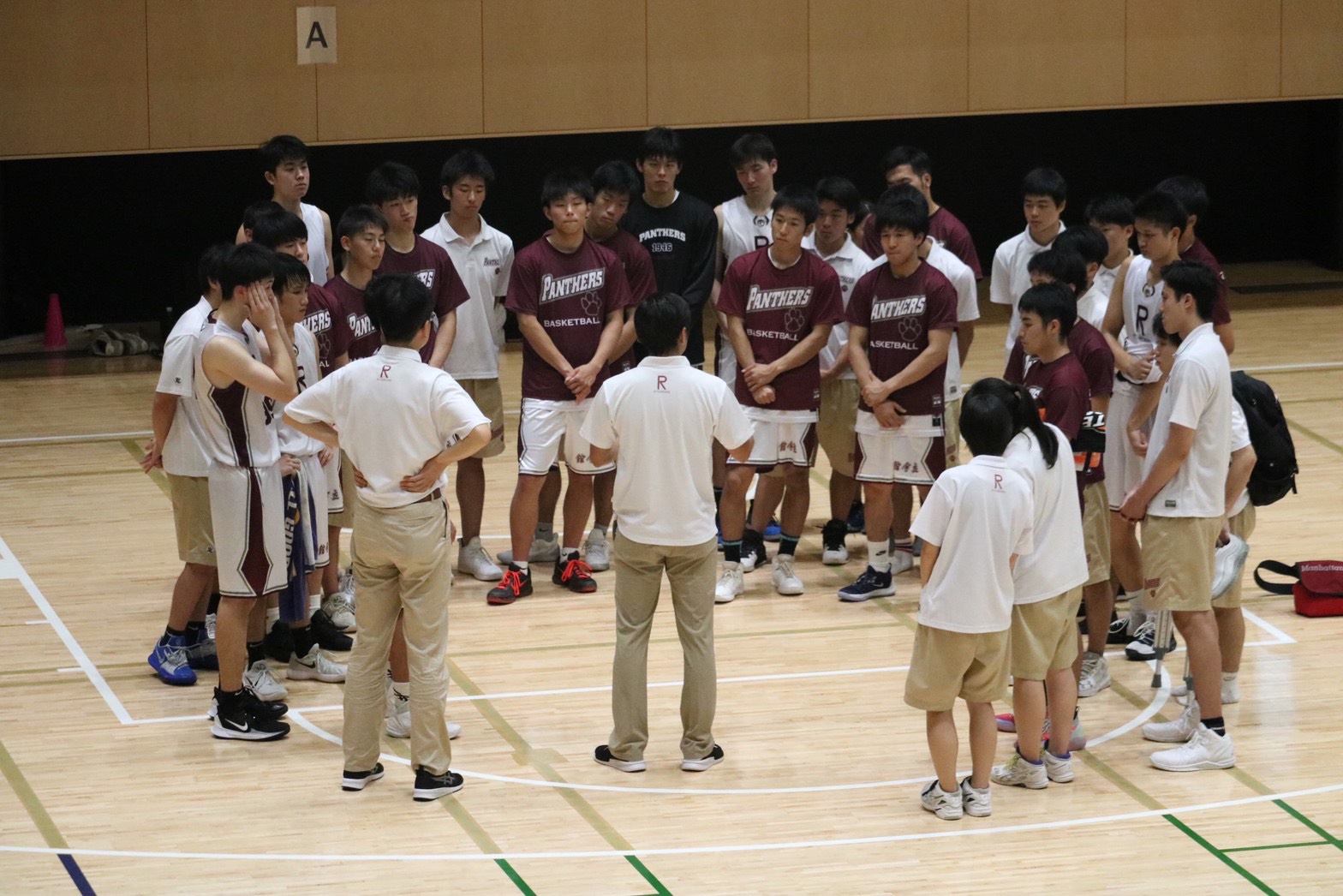 You must do whatever you want

She chose Ritsumeikan university because she wanted to be a team assistant in a strong team. “I wavered whether I belong to the basketball club in Ritsumeikan or not. the club of practice would finish at 9 pm, and even go to school by Shinkansen from Aichi prefecture took 2 hours in one way. I stopped thinking to become a team assistant in that team, and I contacted to a member of the Kansai Student Basketball federation and listened about them." she wavered in her judgment.

“Then, I talked with the chairperson, he said ‘If you have what you want to do, you must do whatever you want.’ I guessed he realized that I want to be a manager rather than a member of the Kansai Student Basketball federation. But commuting time to school is no matter! I decided to do what I want and be a team assistant in basketball club of Ritsumeikan.” 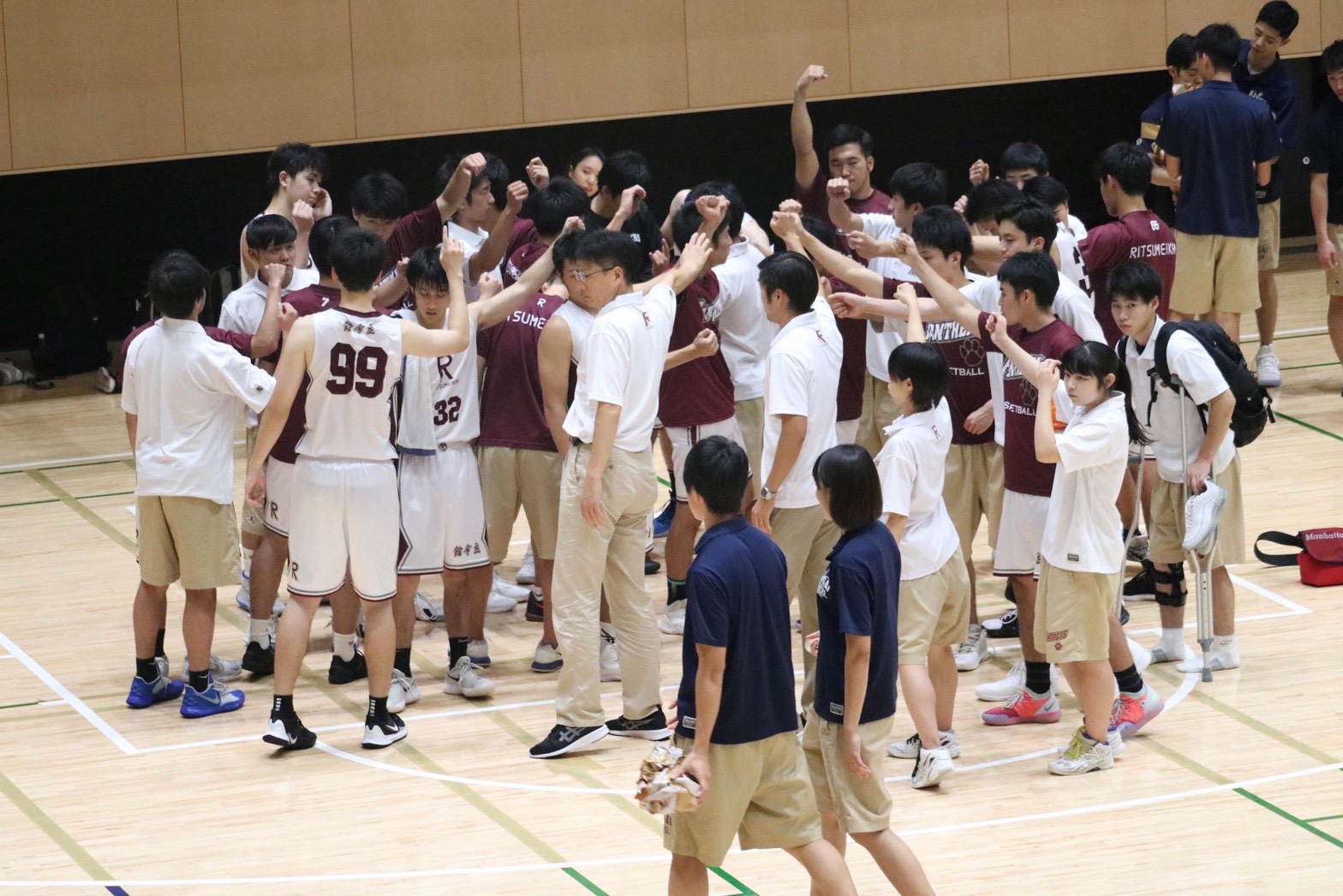 Be true to  yourself doing what you want to do

because it’s your life

“My parents said they wanted me to go to the university that I could go to from my house, I think they didn’t want me to live by myself. I felt lonely that I lived by myself apart from my family. Still, I conveyed my feeling that I wanted to become a team assist seriously. We talked about it many times. Finally, my parents said that be true to yourself doing what you want to do because it’s your life, and they saw me off.”

Then, she has started the activity as a team assist of the boy’s basketball team from June. 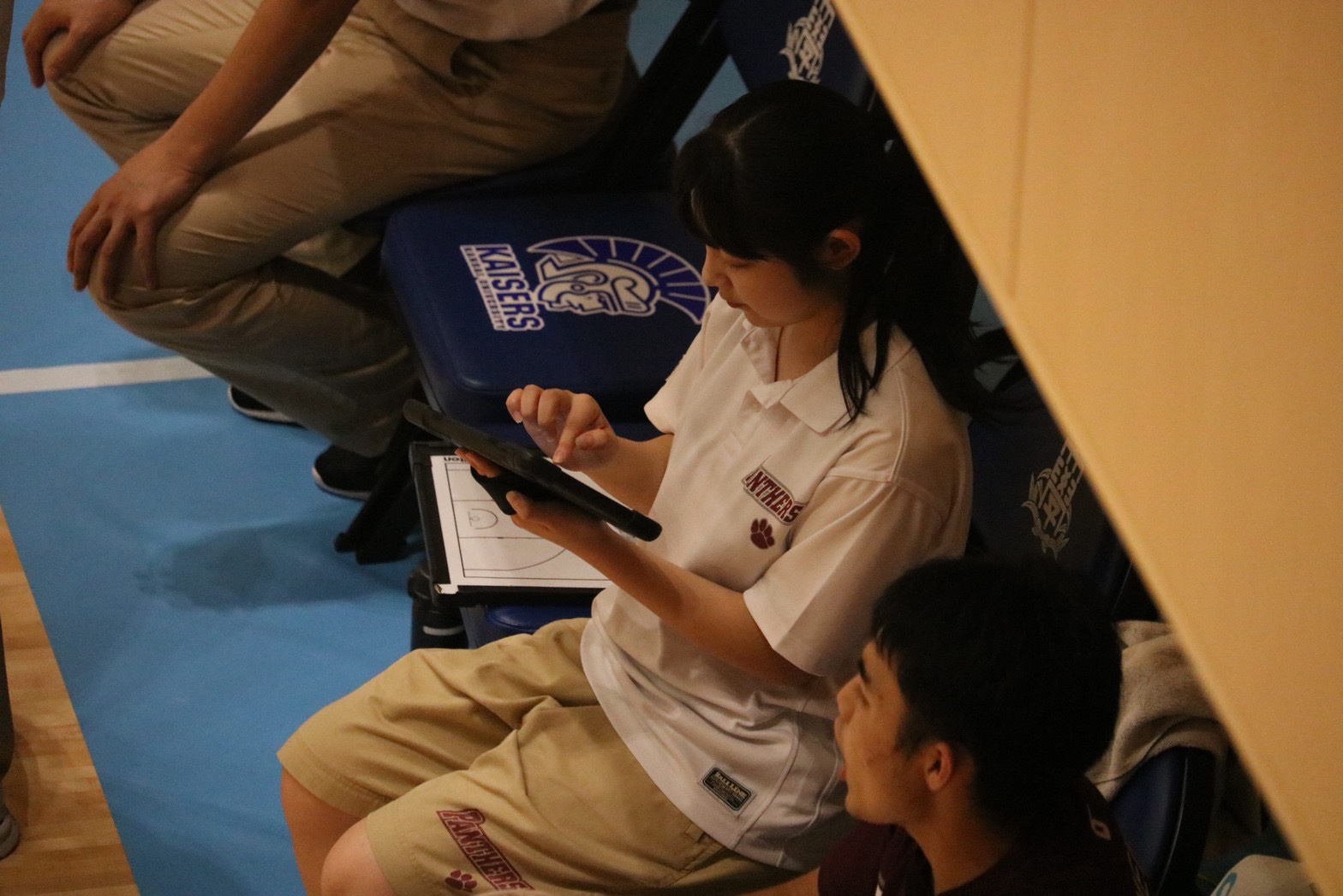 The environment that players can practice with full force

There was only 2 team assistants, Ms.Endo and 4th grade senior in Men’s basketball club when he joins the club.

“I who just joined the club and don’t get used to do the tasks become competent when the senior graduated from the University I was worried about that. In actually, I was so busy after the senior graduated from the University. There are a lot of tasks to do. I was depressed because I did the tasks late at night even day off until I get used to do it. In addition, I had getting confused day because I couldn’t quiet say my opinion in the environment that there are a lot of men’s seniors

But, I feel good to be team assistant when a game ends without any trouble, a player tells me appreciative words because the preparation for the match and expedition is so hard.”

“Take responsibility and confidence for my words”

In the end, we had her talk about the goal from now on.

“Men’s basketball club is all of college life for me. The goal is participating the Intercollege. In order to archive the goal, I am strict with myself more, and I want to support the players.” 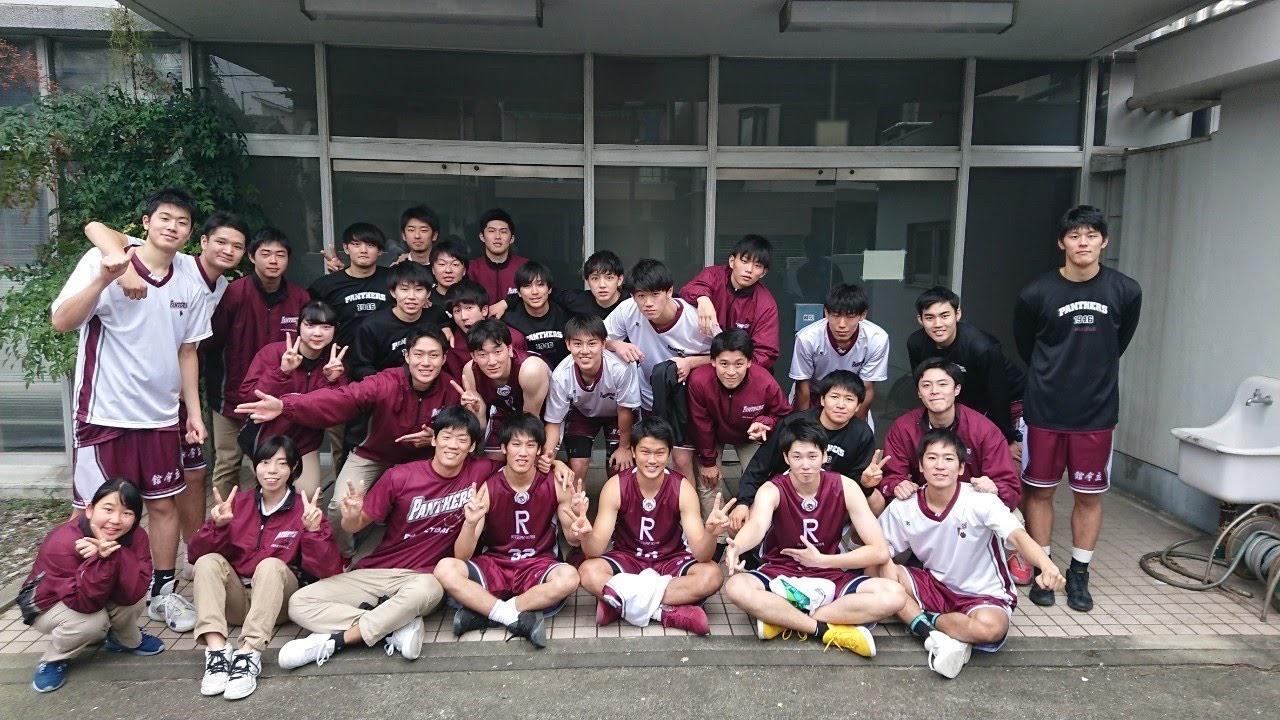 She loves basketball since childhood. So, she wants to support them who do the best in basketball with full force.

We wish her many successes.

If you want to watch the Basketball club game of Ritsumeikan,