Road to the best in Japan

Lead the team as a captain

Today’s beyond is Mr. Hiroaki Tatsukawa who is a 4th grade student and belongs to American Football club.

He is continuing to lead the American football club as a captain.

What is being aware as a captain?

We had him who is expected for future success talk about the life of American football so far and his thought on this year. 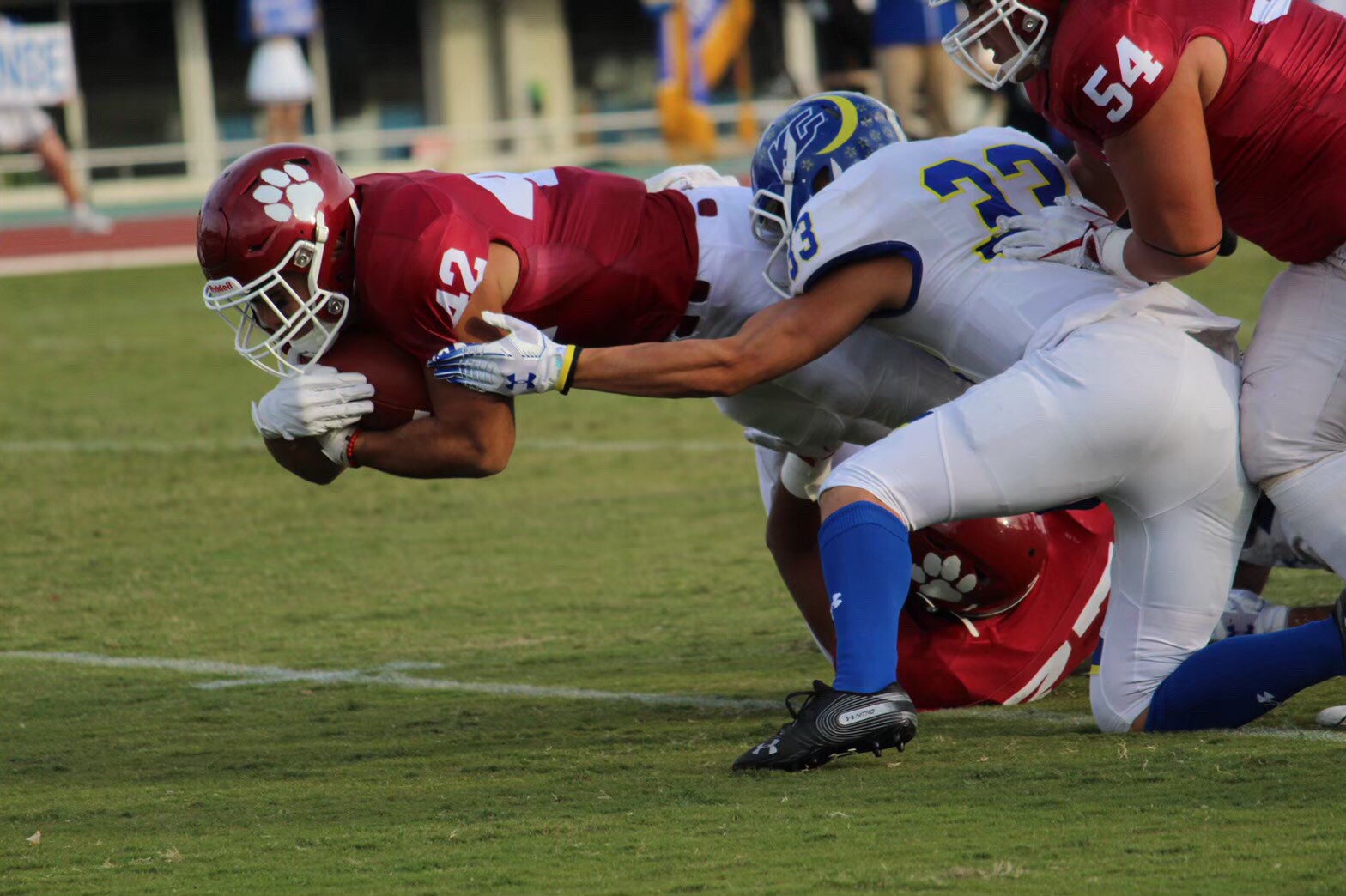 After that, he went on American football prestigious team, Osaka Sangyo University High school, and joined American football club. He stood out from 2nd year of high school such as entering the game, and he was chosen a member of selected team in Osaka.

In addition, he was also chosen a member of Japan national team, and he played against America national team at international ball. Then, he thought” Since football is national sports, the attitude against football and enthusiasm like we fight in football is stronger than us.” He looked back that that time was good opportunity to feel differences except physical status. 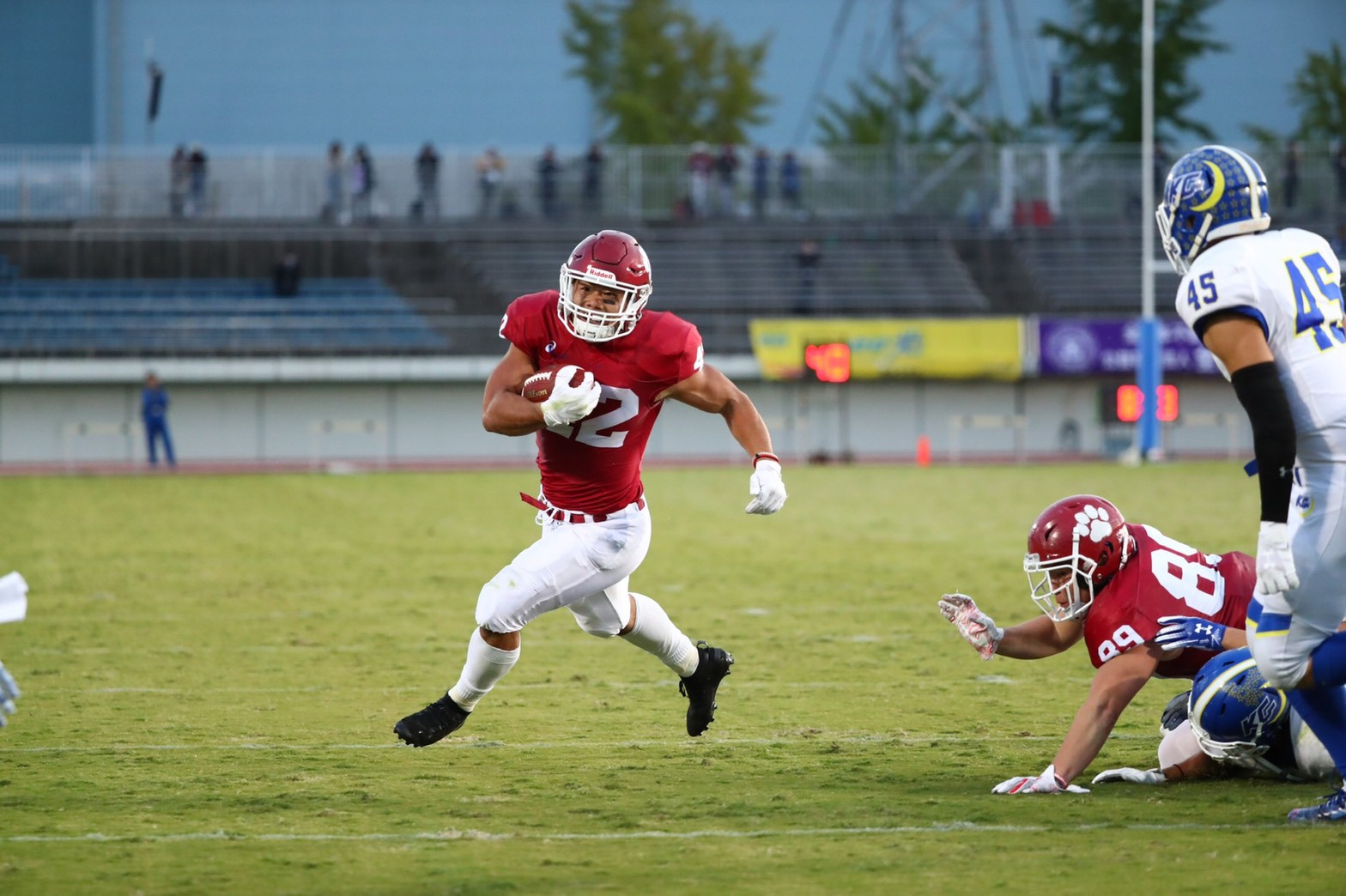 He played in the game from the first grade. And he felt that American football was fun because he had a high level.

However, he couldn’t do much in his second year.

His longing player graduated. And He tried to replace the senior. He couldn’t as he wanted, saying “I lost myself because I tried to be someone other than myself.”

At that time, he received advice from his high school friend that he wasn’t what he was, and looked again at himself. And by playing for myself, the result was accompanied. 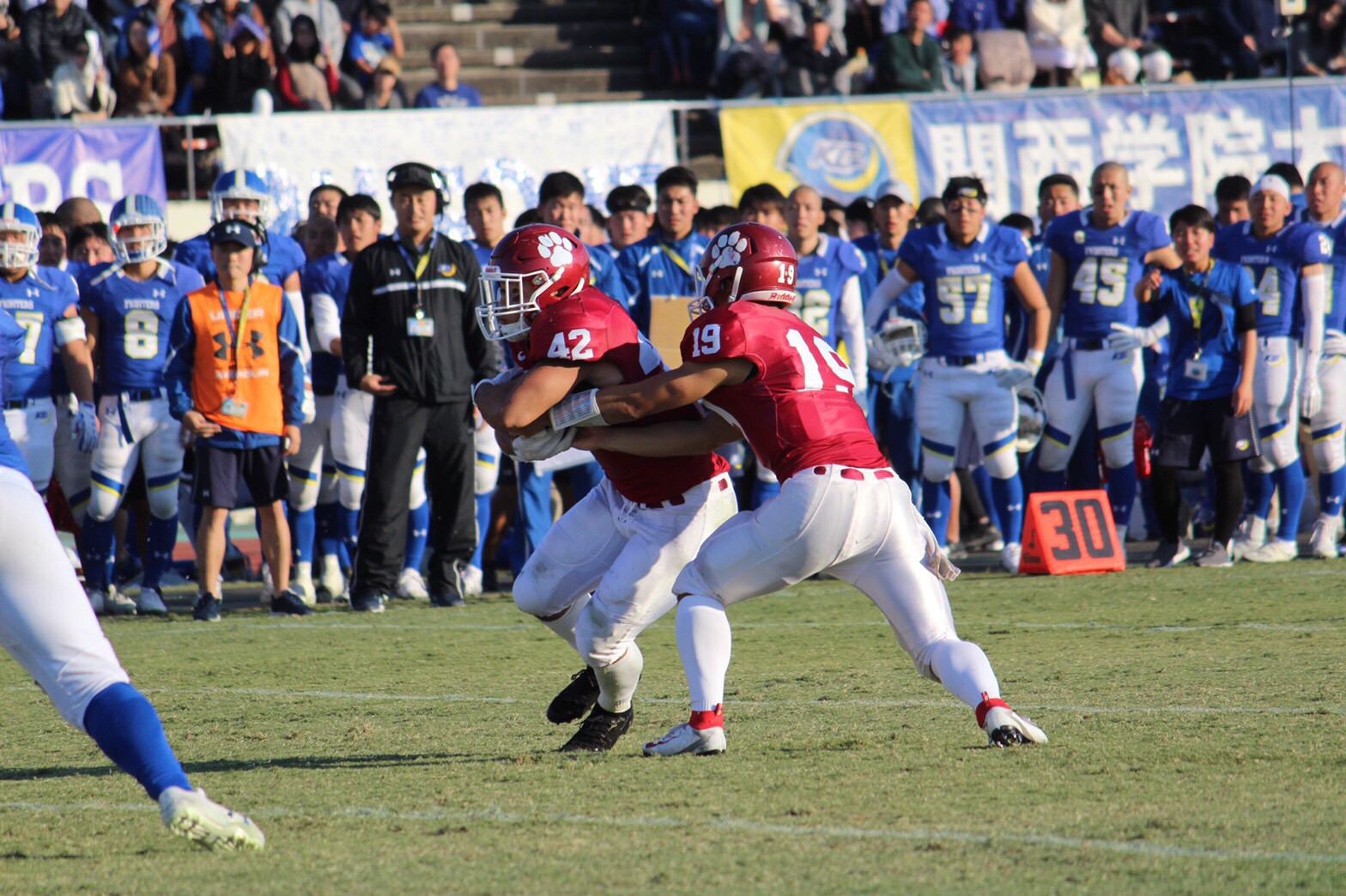 He has been making an effort to understand his individuality and decided to be a captain for this team.

However, he had regret through American football in university. “we couldn’t win the best in Japan. We were frustrated every season.” he said.

“When I thought that I have to start to do new things for this team, I want to the best everything to get No,1 in Japan” He decided to be a captain of this team.

Mr. Tatsukawa leads 150 members of American football club as a captain. “It is difficult to get opinions and ideas from all of the members and make one team” he cooperated with other members to make better team. 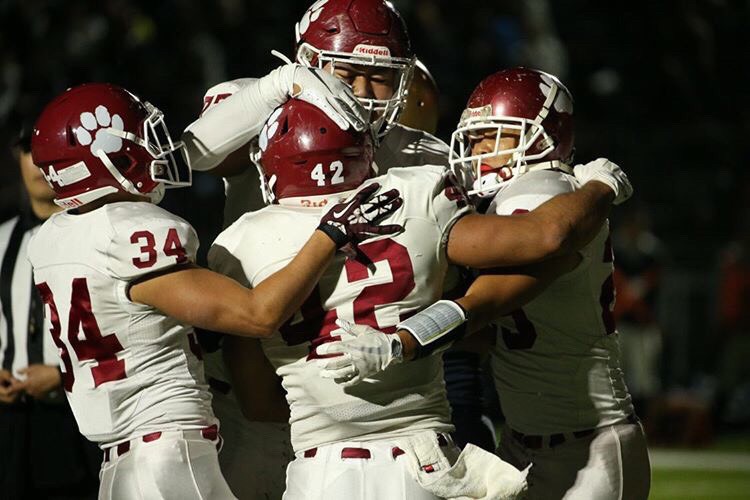 He said that American Football club was a family for him.

“We get along very well. We can experience anything such as hard time and fun time, and share a lot of experience with teammates. When someone feel hard, other teammates help him absolutely. American football club is like family that I can really believe.” He talked about the feeling for Panthers. 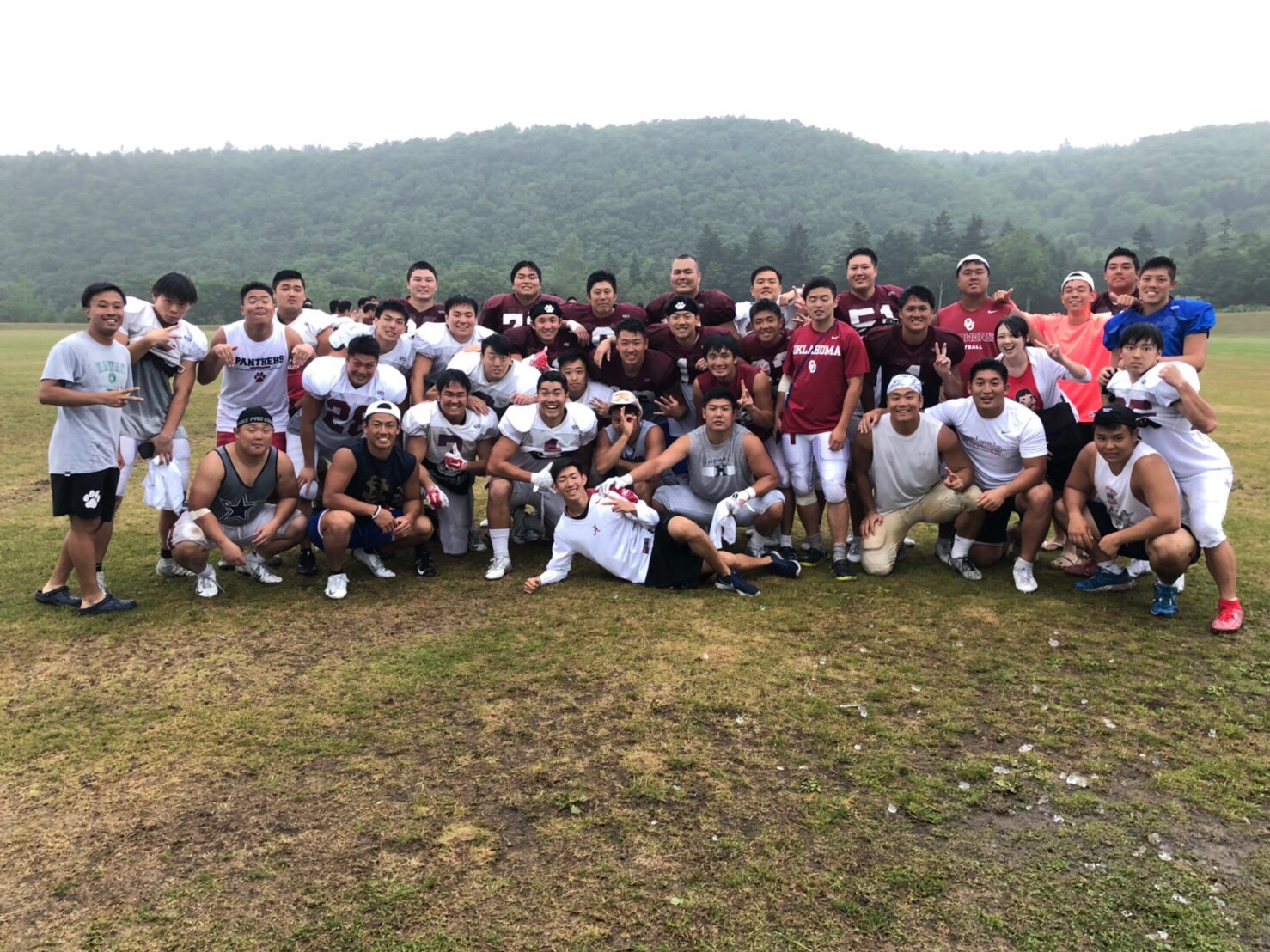 The goal as the team is to become the top in Japan. We’ are paying attention to his activity as a captain.

If you want to watch the American football club game of Ritsumeikan,