Today’s Beyond is Mr. Taisei Ito who first appeared here and belongs to Junko baseball club. He is smart and prefers practicing efficiently. But he actually makes efforts to achieve the goal steadily and greedily. He is working hard for baseball that he loves.

He expresses his deep feeling for baseball by his phrase “I love baseball”. Whatever happens, he hasn’t changed the love of baseball for over 10 years. Thanks to this belief, he can overcome hardship and has become strong. 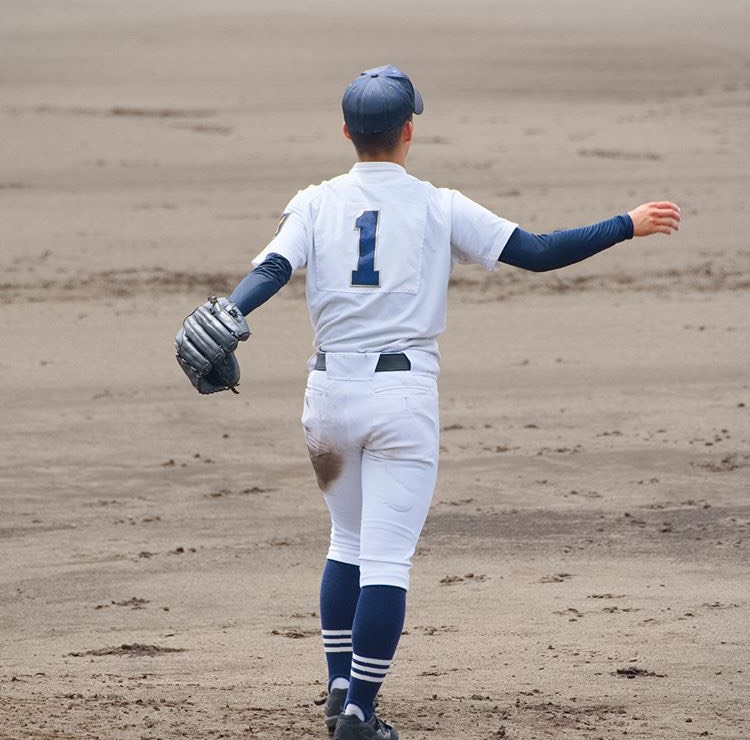 What I grad at the dream stage

His life of baseball started when he was a 3rd grade student in elementary school. He joined the baseball club influenced by his father who likes baseball.

Then, he was into baseball and he continued playing baseball in junior high school and joined the little senior club to play baseball in earnest.

There is a memory that is difficult to forget for the three years of junior high school. It is the memory in his dream stage. In spring of the 3rd year after joining the junior high school, his club broke through qualifying and participated the Hokushinetsu tournament. The stage of Hokushinetdu tournament was something special for his team that could not break through the wall of qualifying easily until then. His team won and advanced to top8.

“That experience is the one turning point for me. Playing the game in different atmosphere from usual and wining to that place cased a change for my future. I became motivated and build a confidence well.”

Even now, this experience became property and unforgettable glory for him. 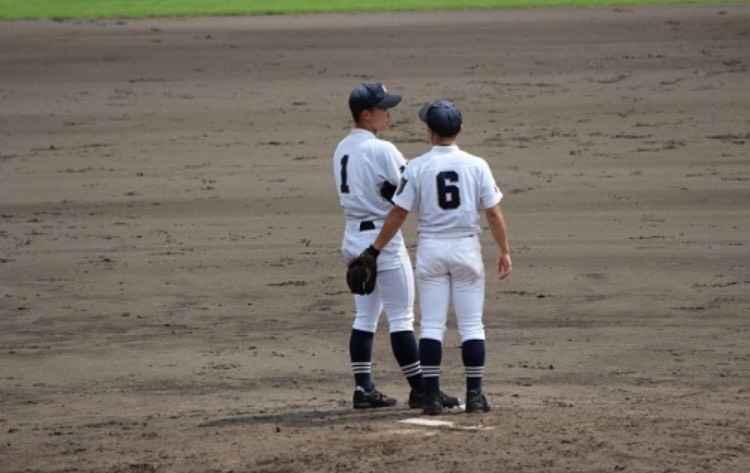 My baseball life in high school was good, and I started playing games in the first grade. But soon after, an unexpected situation plagued him. He injured the elbow. He was suffering pain and played in the game, and his elbow injury worsened so much that he had to have surgery. He has been in distress since his injury was discovered.

He said, “It was hard for me to not be able to play my favorite baseball for a long time.”  I couldn’t do it even if I wanted to, and I had no choice but to rehabilitate. I was very frustrated. Looking on the past, that time was the hardest.

“I think this painful experience has grown me a lot. I became unable to play baseball and realized that I really love baseball. And I became mentally stronger. I have learned a lot during this time.”

I rehabilitated hard for half a year after my injury and returned. He got over his injury and got stronger. “Confidence overcoming injuries” grew him.”

The final tournament in high school played a major role as No.4 with Ace. He was proud that “I can do nothing more. I have no regrets about what I have done.” He won the 1st and 2nd rounds, and in the 3rd round he met, he faced pitchers, which professionals are paying attention. His team was overwhelmed by the pitcher and couldn’t do what he wanted. And the team lost and couldn’t go to Koshien, and the final high school tournament was over. Still, he said, “I couldn’t do more. I’ve done a lot. I have no regrets.” 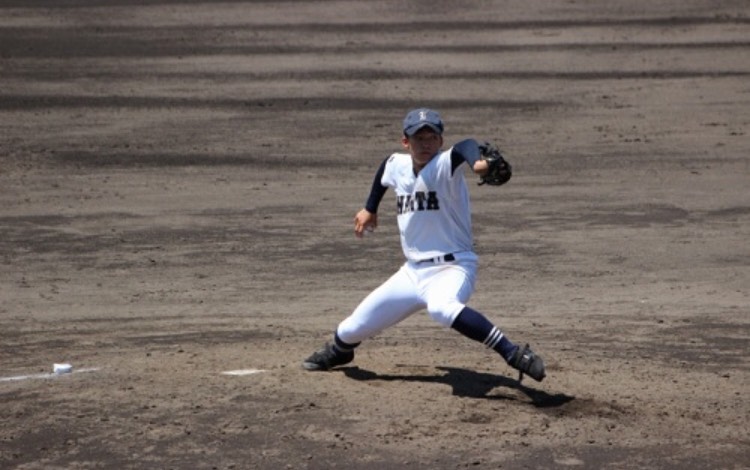 The new barriers facing me

After he graduated from the baseball club in high school, he studied very hard to pass the university entrance exam. He could enter Ritsumeikan University and joined a semi-baseball club. His semi-baseball club life was not smooth sailing. To get a regular member position is not easy. It was really tough. In the summer exhibition game, he felt discomfort in his elbow. “My elbow hurts… but if I would stop playing baseball, it is a compromise for me.” the conflict had tortured him. He was more afraid of stopping to play baseball due to his injured than hurting his elbow.

Even though he felt a pain, he had been playing baseball. However, it backfired on him. In the end, his injury didn’t recover completely. He is still struggling with his injury. He hadn’t been played baseball as a regular member. Of course, he was frustrated. It was the first experience for him that he couldn’t be a regular member and practice very hard to get regular. How hard it is for his baseball life.

“It’s time to have to hang in there. There are many conflicts, but I focus on treatment and recovery for playing baseball I love.”

“Baseball is everything for me” he talked to us. He’ll never change that he loves baseball.

There are many rivals in Ritsumeikan semi-baseball team, but he loves that member. “The place where is semi-baseball club is that we can use our individuality. I can show just the way I am.” He said. ” Our goal is to win the national championship.”

Now, he tackles new challenges. Still, he always gets excited because he loves baseball. This challenge must make him stronger.

He believes that he will be able to play as a pitcher in the game of national tournament. 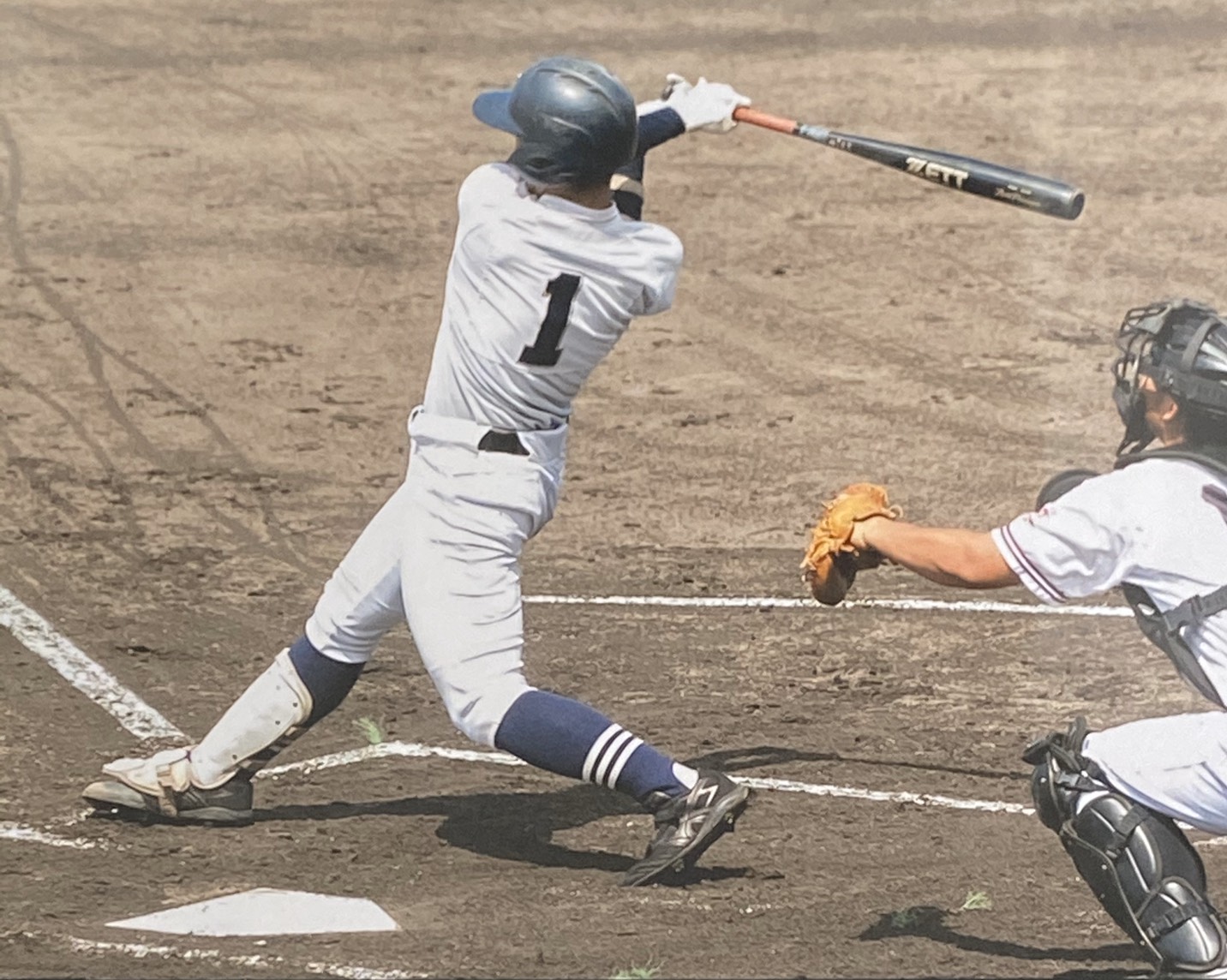 If you want to watch the game of Ritsumeikan semi-baseball club, you can check the date o game from below URL!

Thank you for reading!