Today’s Beyond is about Fumika Kumamoto who is a second grade student and belongs to the soft tennis club. As a student athlete, she devotes herself to not only club activities and but also schoolwork. The interviewer asked her about her goal of club activities and her dream. 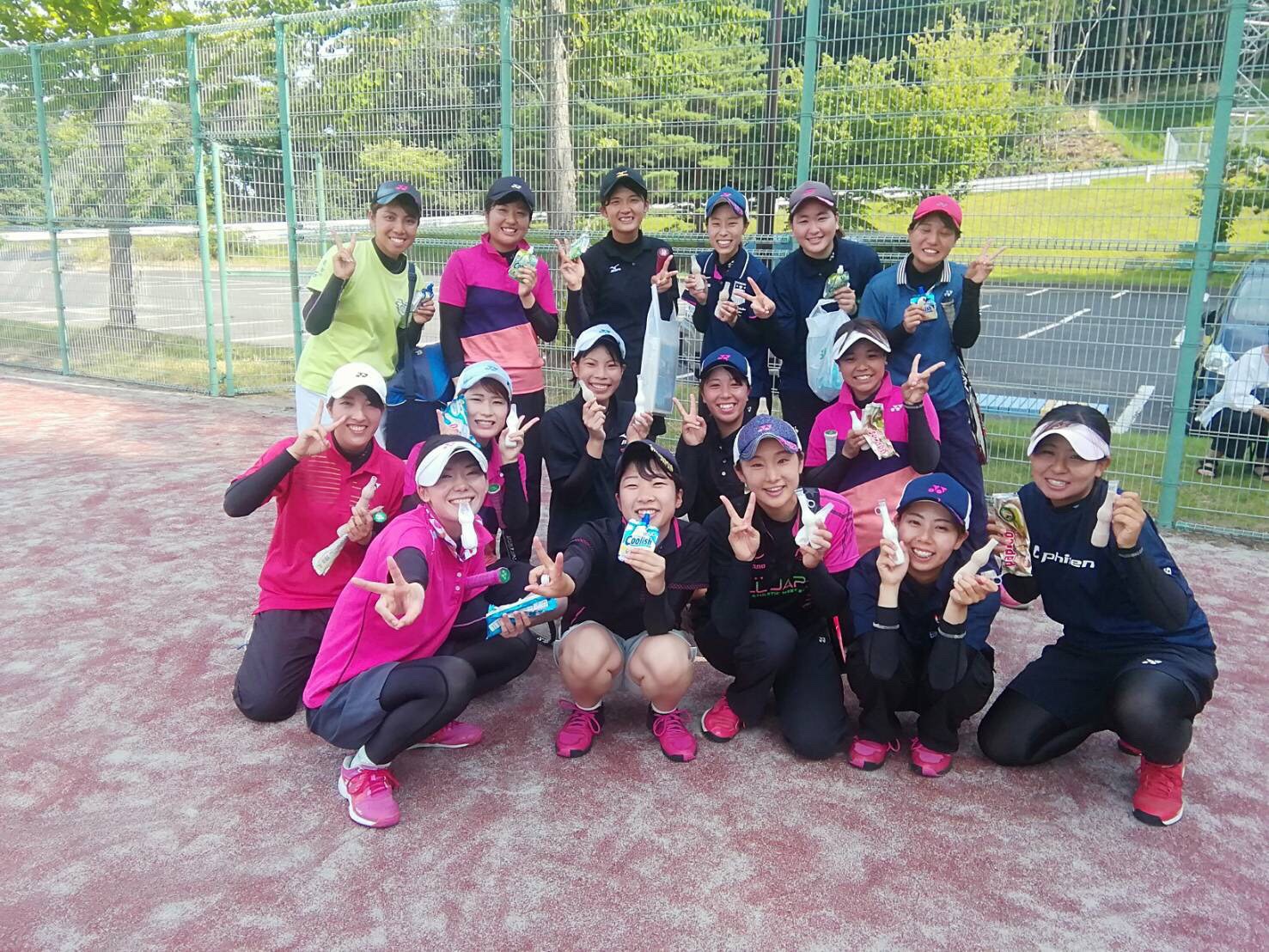 I want to play soft tennis on a higher stage

Sisters were playing soft tennis, and Mr. Kumamoto, who was familiar with soft tennis from an early age, started playing in the third grade of elementary school.

"My sister was playing soft tennis, and I used to follow the tournament from a young age. From that time on, the director and parents recommended me to play soft tennis, but I wasn't very positive for it, but when I was in the third grade of elementary school, my new friends played tennis well, so I started it. I won the Kyushu tournament, and at that time I felt like going higher than the Kyushu tournament at junior high school. " 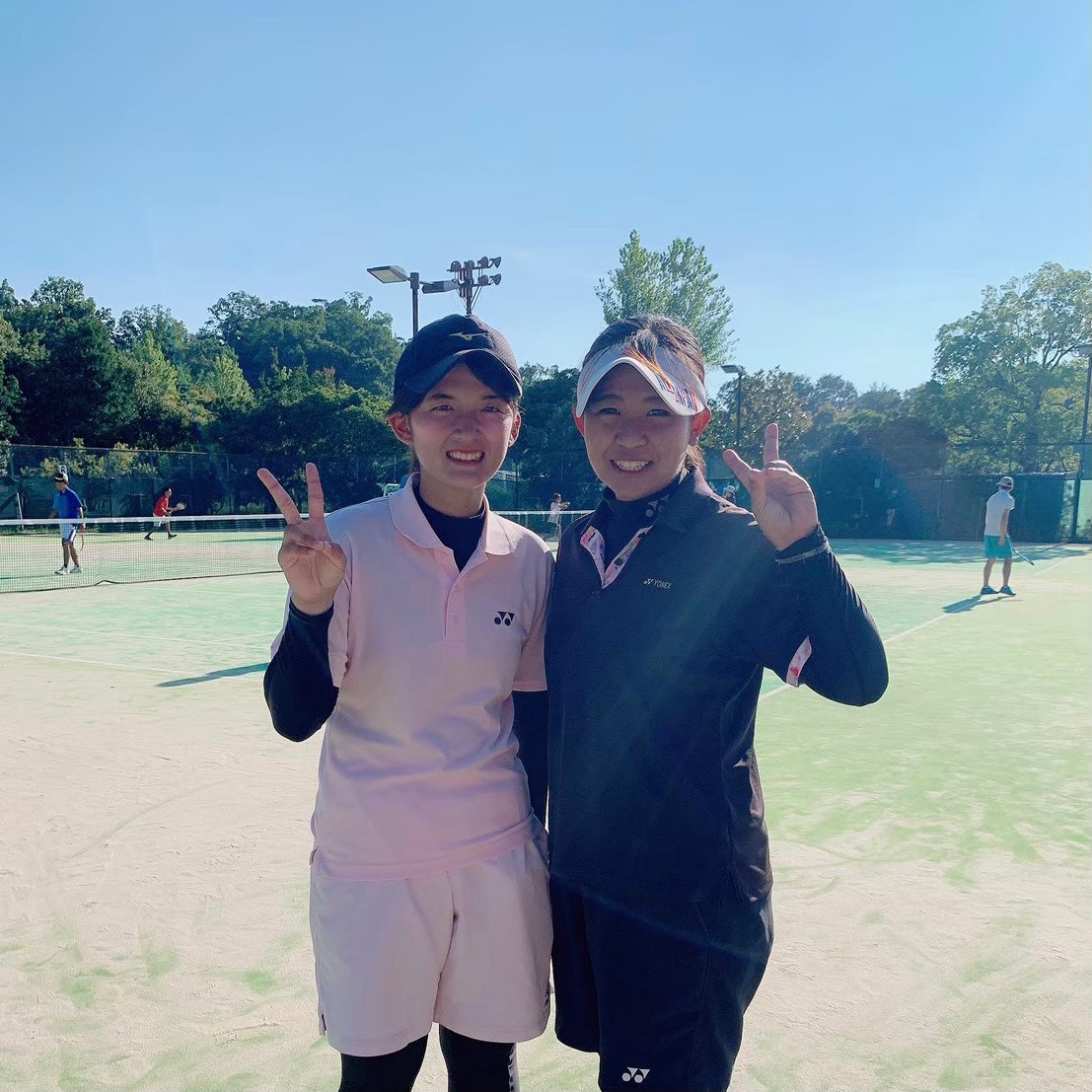 What you can teach from your past sports experience

After graduating from high school, she began to want to change her environment and take on challenges. She chose Ritsumeikan University not only for competition but also for her career after graduation.

She said, "I wanted to leave Kyushu and try a new place. I chose Ritsumeikan University for three other reasons. The first reason is to be a PE teacher. I am a high school student.  From that time on, I wanted to become a PE teacher in the future. It looked really cool to see the teacher facing the students in junior high school. And, through my sports experience so far, I taught PE and taught the humanity part. I wanted to teach. To make that dream come true, I'm working hard to get a teacher's license from elementary school to high school. The second reason is that I was only playing tennis in high school, so I went to study. The third reason is that we can enjoy the competition at a high level. We chose Ritsumeikan University because of these three environments. "

She continues her goal of focusing on her studies at the beginning of her studies, and has had the experience of being selected as an excellent student. 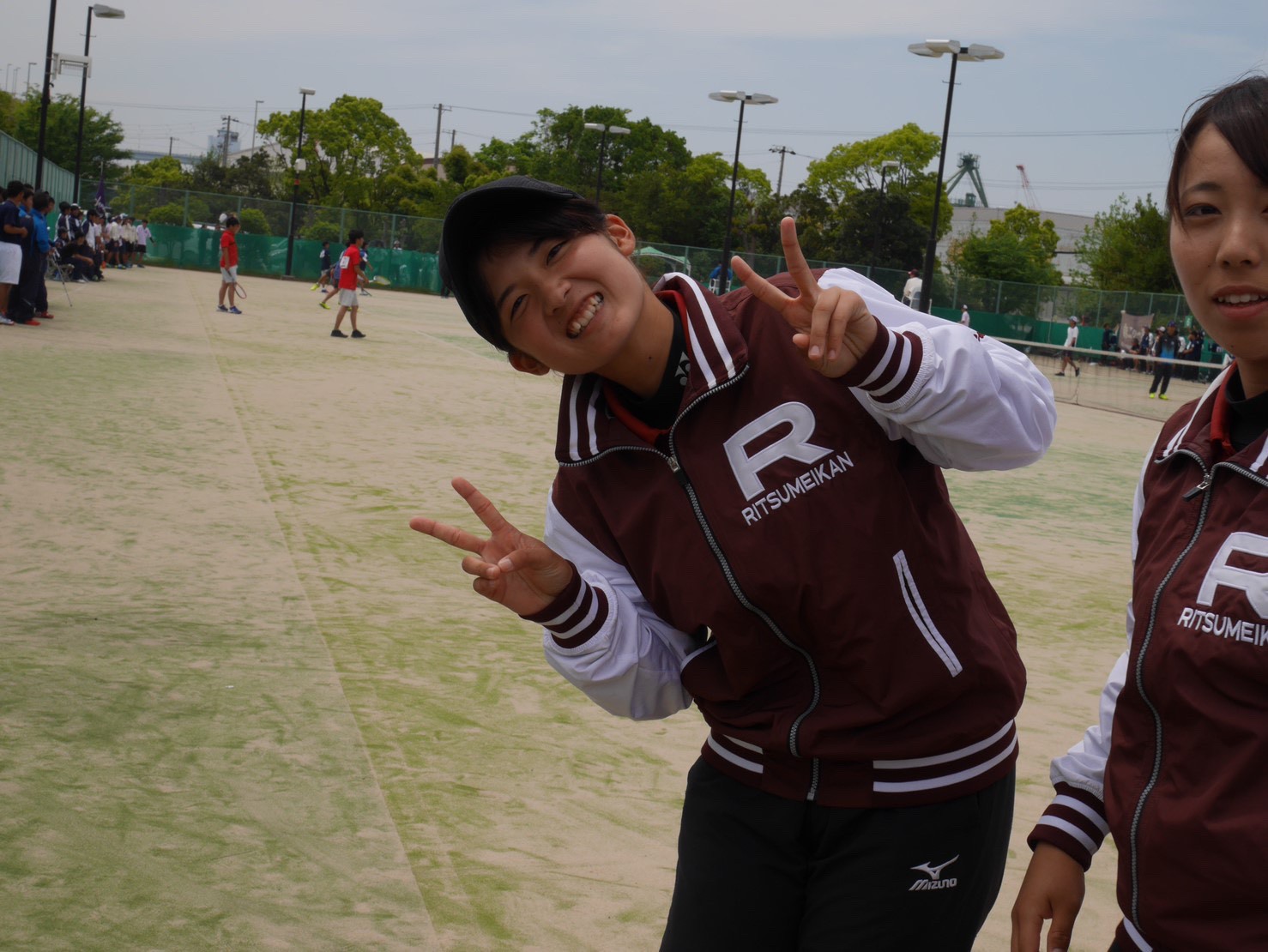 If I don't start playing tennis, it would not have met.

She met tennis when she was an elementary school student, and we asked her the moment that he felt happy because of continuing to play tennis until now and good to continue playing tennis.

“I strongly feel [I’m good to belong to this team.] when I could win the game, especially team competition. Not only winning a game, but also, I could meet a lot of people. I think that there are a lot of people who would not have met, if I don’t start playing tennis. So that is also a good point. In addition, I can be super positive better than anyone because I play tennis. I am often said to people that you are a tough person, I think that is thanks to play tennis.”

She will be 3rd a grade student in spring. We asked her the goal while campus life. 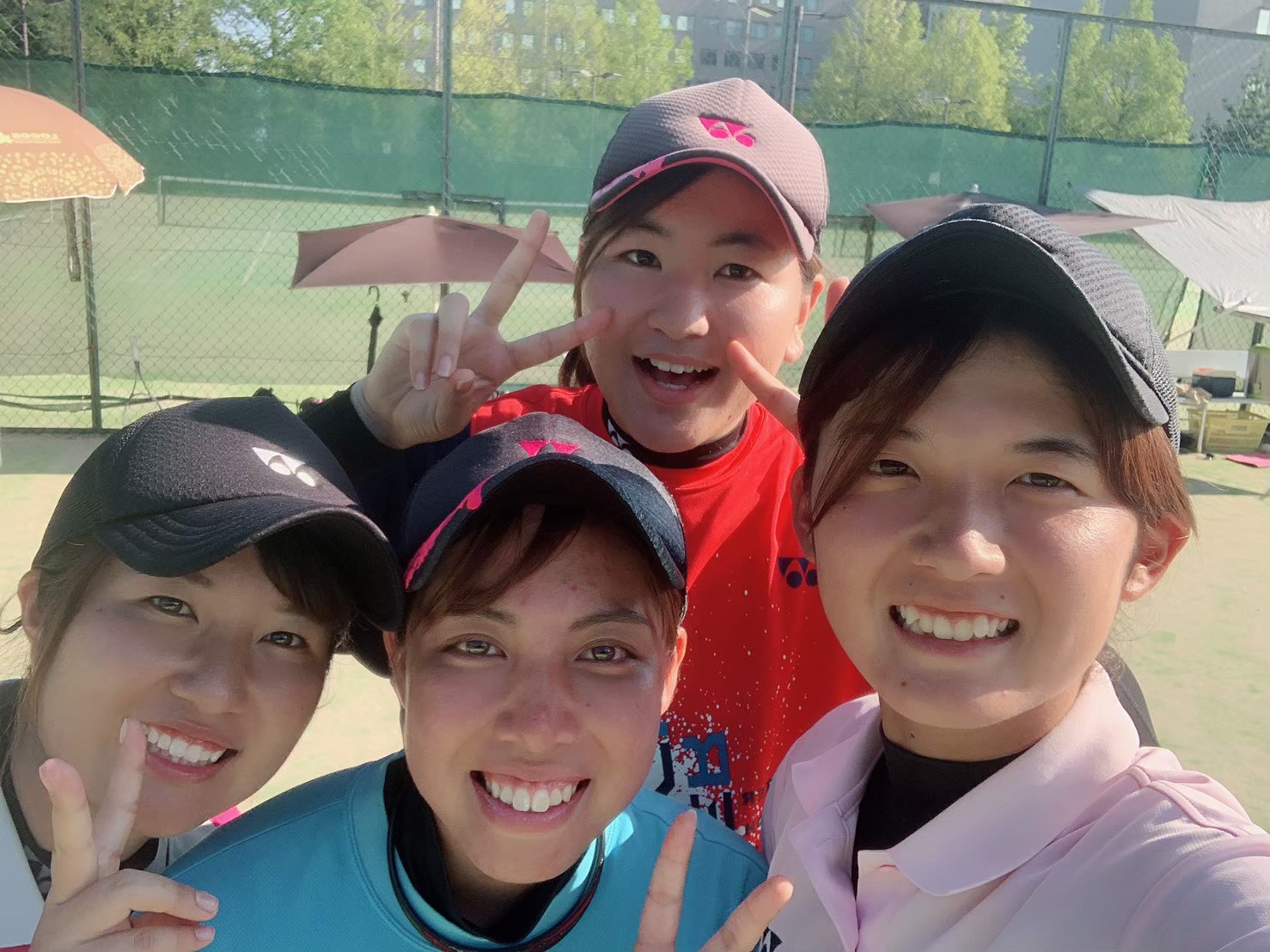 Finally, the interviewer asked her what the soft tennis club is for her.

“It’s important and youth for me. Recently, I talked with my teammates that it’s just two more years that we gather and devote ourselves to something. Last year, there were no competition because of corona virus and what was commonplace is no longer commonplace. Therefore, I want to do my best for the rest of university life.”

She will graduate in two years. She is advancing to her own dream and goal, so we’re looking forward to her activity!

If you want to watch the game of the soft tennis club, you can check the date of the game from below URL.