The competitive and powerful person

In today’s beyond, we will introduce Moeka Imoto, who is a senior in the women’s lacrosse club. She is supple and engages in lacrosse hard to work her will. 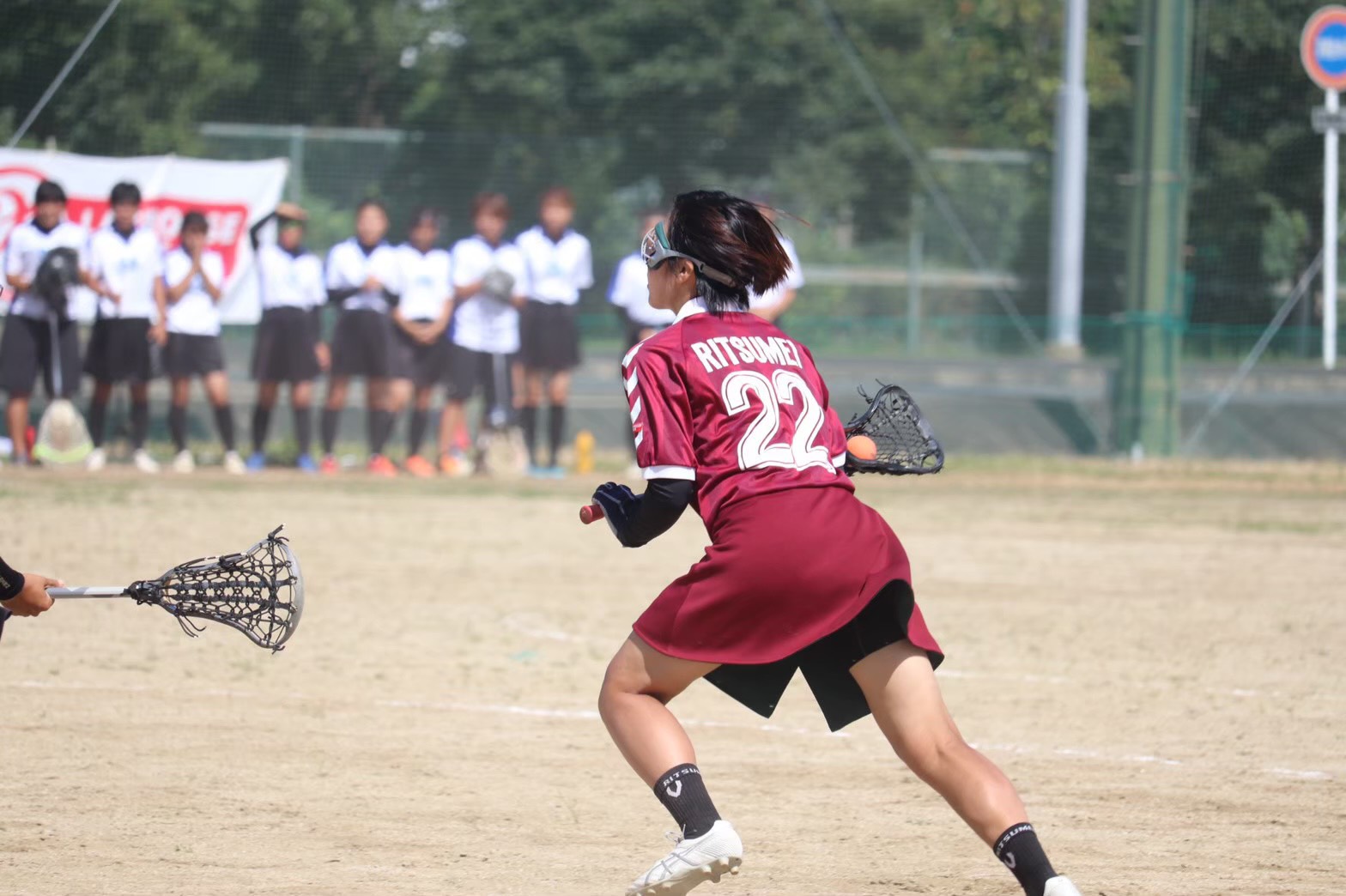 She played basketball from primary school to high school. But she decided to try new sports when she became a university student. She wanted to play hard in the sports club, so she went to watch the lacrosse game by her sister’s recommendation. Lacrosse was so intriguing and she decided to play lacrosse.

Just after starting to practice lacrosse, she could play well and felt her development. So, playing lacrosse was so fun. Even if she couldn’t join in practice because of the class, she practiced by herself passionately.

She experienced various things like the freshman game half a year after she belonged to the club. She improved her skills little by little. 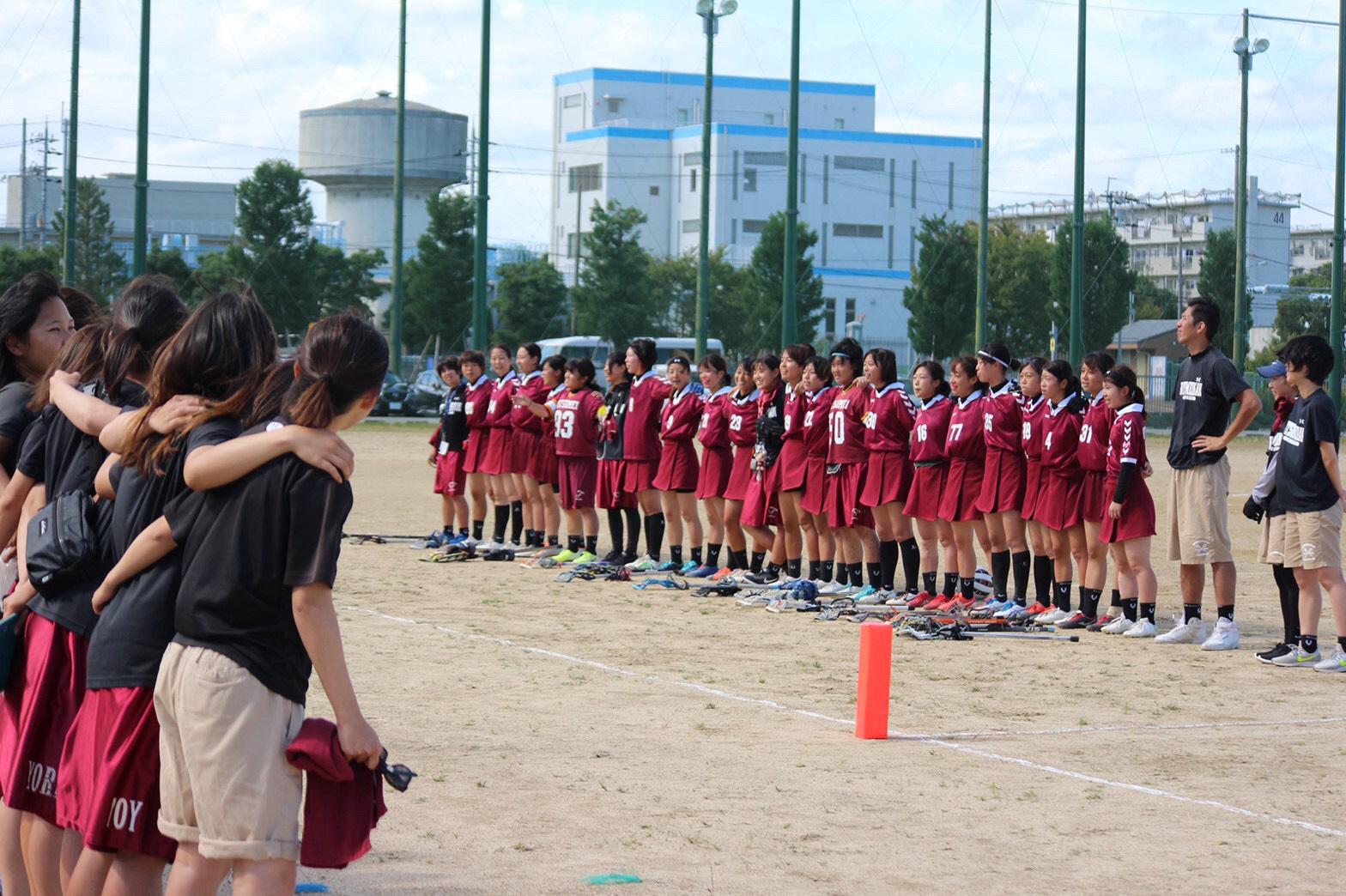 The bottom that can’t get out

The 2nd year that the standard created and she could see the regular member. The effort adds on her sense, and the ability was grown up rapidly. He enters the official match as a regular member even 2nd year, and she feels happy to play lacrosse. But then, the team faced unexpected situation. The team couldn’t quite win the game in the league in the year that was aiming Kansai champion. The team faced relegation threatened. The team lost the replacement battle and busted to division2 before the team can be started along right lines. The atmosphere was terrible in this unbelievable situation.

The 3rd year that aimed clearing up the regret last year and raising to division1. Getting relegated to division2 was an intolerable humiliation. But there was nothing change as a team, usual practice and atmosphere. “We must change something and do something to win against rival. Is there anything to do more to win?” She thought that. But she couldn’t change, and it didn’t change. Also, the team didn’t have absolute confidence to raise to division1. The results never lie. Losing confidence led bad situation, and the team couldn’t win the game. The team couldn’t raise to division1. 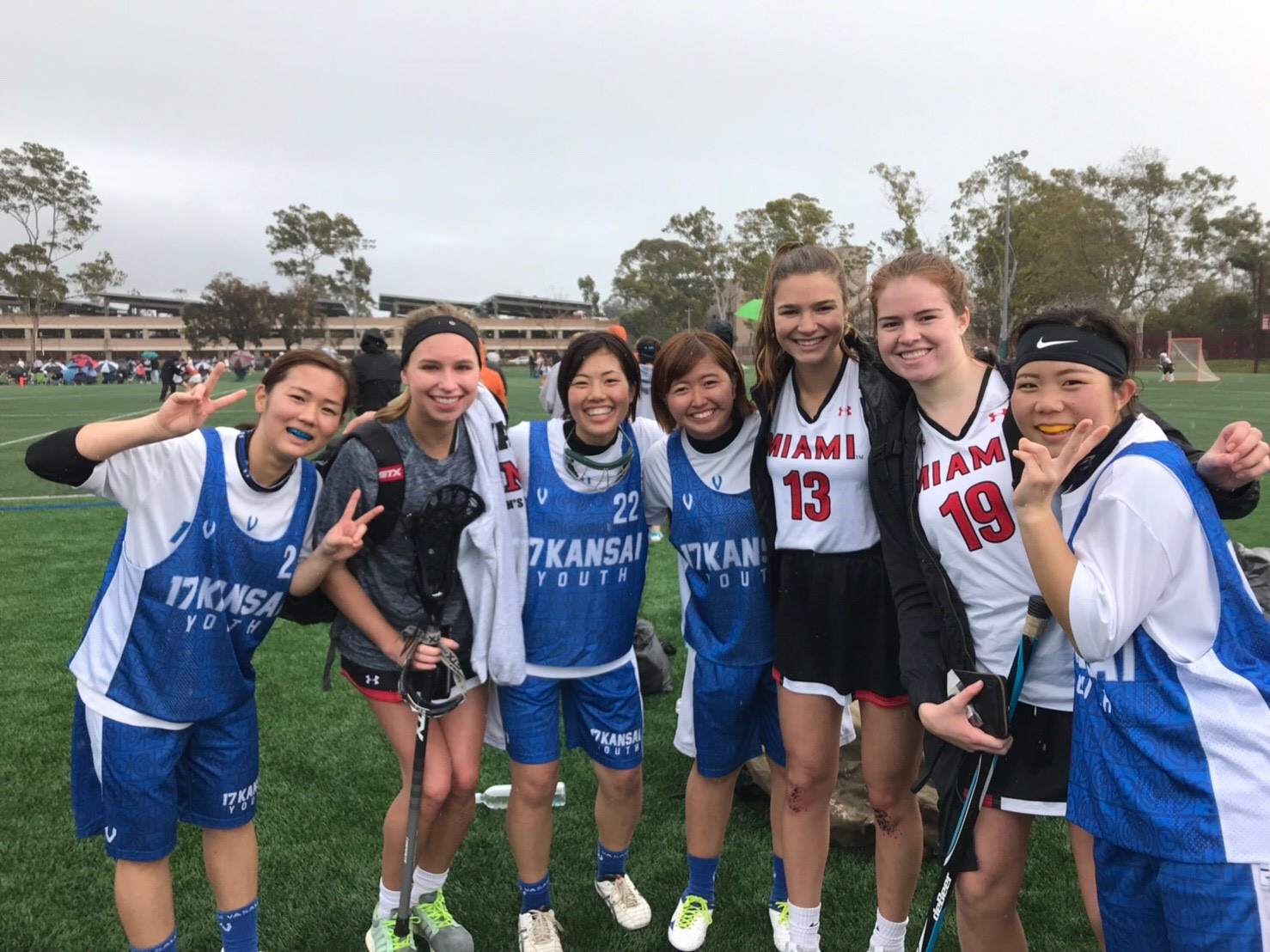 How did you reach your goal in the last year?

She’s finally in her last year. She was determined to relieve her regrets for the second consecutive year. However, due to the New coronavirus, the replacement game was cancelled. She cannot meet the goal of being promoted to the first division, but she wants to end in the best way! That’s why I aimed to win the second division.

Even though she could not work due to the New coronavirus, her feelings changed.

On the day when we practiced only in the 4th grade, a team vote was held to determine our ability. And Ms. Imoto was chosen first. She was unexpected but happy. However, she thought about various things during self-restraint and realized that she was not happy. The proof that is expected is chosen first. Although she felt pressure, she understood her position and had a sense of responsibility.

She has reached the culmination of her college lacrosse life, and when she recalls what she had done so far, she entered the game as a regular from an early stage and had no major setbacks. There might have been envy from her around.

But one thing she can say with confidence. It means that she worked harder than anyone.

She is the best player for all of the members, and her technic is admitted to all of them. Of course, there is supporting evidence.

She is said from around people that her personality is friendly and Fluffy.

She said, “The lacrosse club is the place which let me make an earnest effort to play, and changed me.” Although she is a fluffy personality, she has sound ideas on playing lacrosse, and hate losing. She is so conscientious that she can't skip classes.

“I don’t want to lose even small things. without practice harder for the win is

impossible!” “I was frustrated that rivals play better than me, so I practice hardest all of member with my cross. Sometimes I felt depressed.”

However, she is absolutely honest, cheerful, obedient, and running for what she decided without hesitation.

But now, she can’t do what she wants due to COVID-19. Her ability and potential are being tested. “It will be alright! You can do it” she has sprit which we want to say that to her.

Even though the environment around her is changed, she can absolutely run for her goal.

In the final year, we hope that she can finish with her best performance. 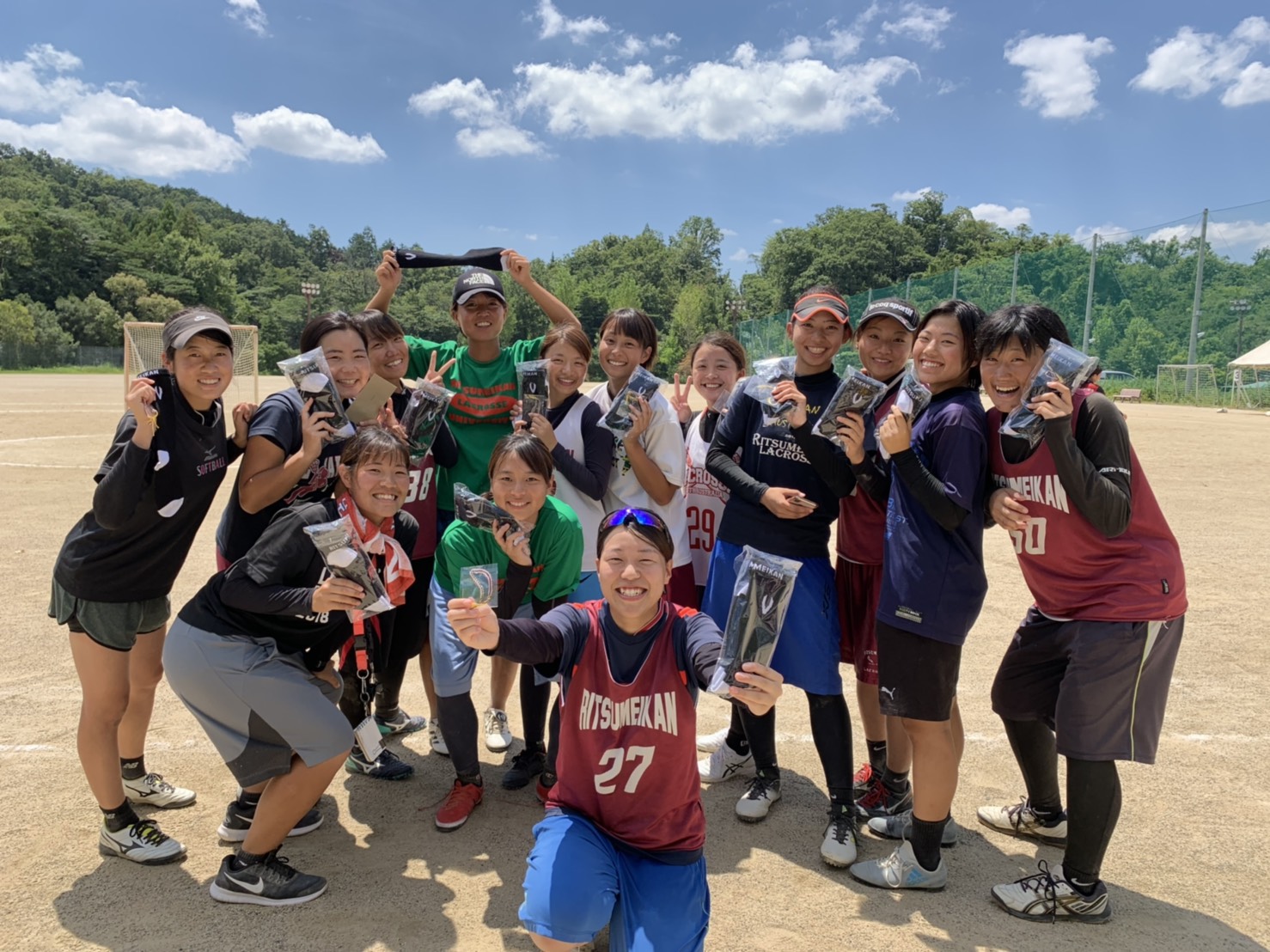 If you want to watch the game of Ritsumeikan women lacrosse club, you can check the date o game from below URL!