Today's Beyond is Yuuki Imamura, a 1st grade in the ice hockey club.

We asked him about his goals and his thoughts on ice hockey after the first year of his college competition. 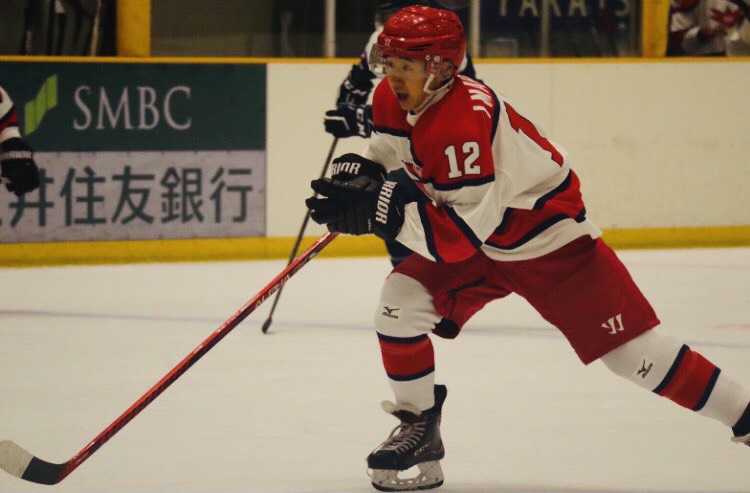 A match made in heaven

Mr.Imamurai who is from Kumamoto met and started playing ice hockey when he a was 1st elementary school student.

“I have been playing ice hockey since I was a 1st student at elementary school. There were a skate lessons in the local skate link. And then I saw person who is playing ice hockey and though he is cool. That was a match made in heaven. At that time, I joined the club team and started playing ice hockey soon. I got an offer from the coach who had seen my playing and I decided to leave hometown and went on to the High School in Ibaragi. And also, I went on to Ritsumeikan University by sports recommendation, so I’m trying to do hard not only club activity, but also studying.”

“In my opinion, the charm point of Ice hockey is more intense, powerful and speedy sports than soccer and basketball. I have been playing ice hockey for long time, and I have never thought I want to play other sports. Of course, other sports also have many charm points, but ice hockey is the best interesting sports for me.” 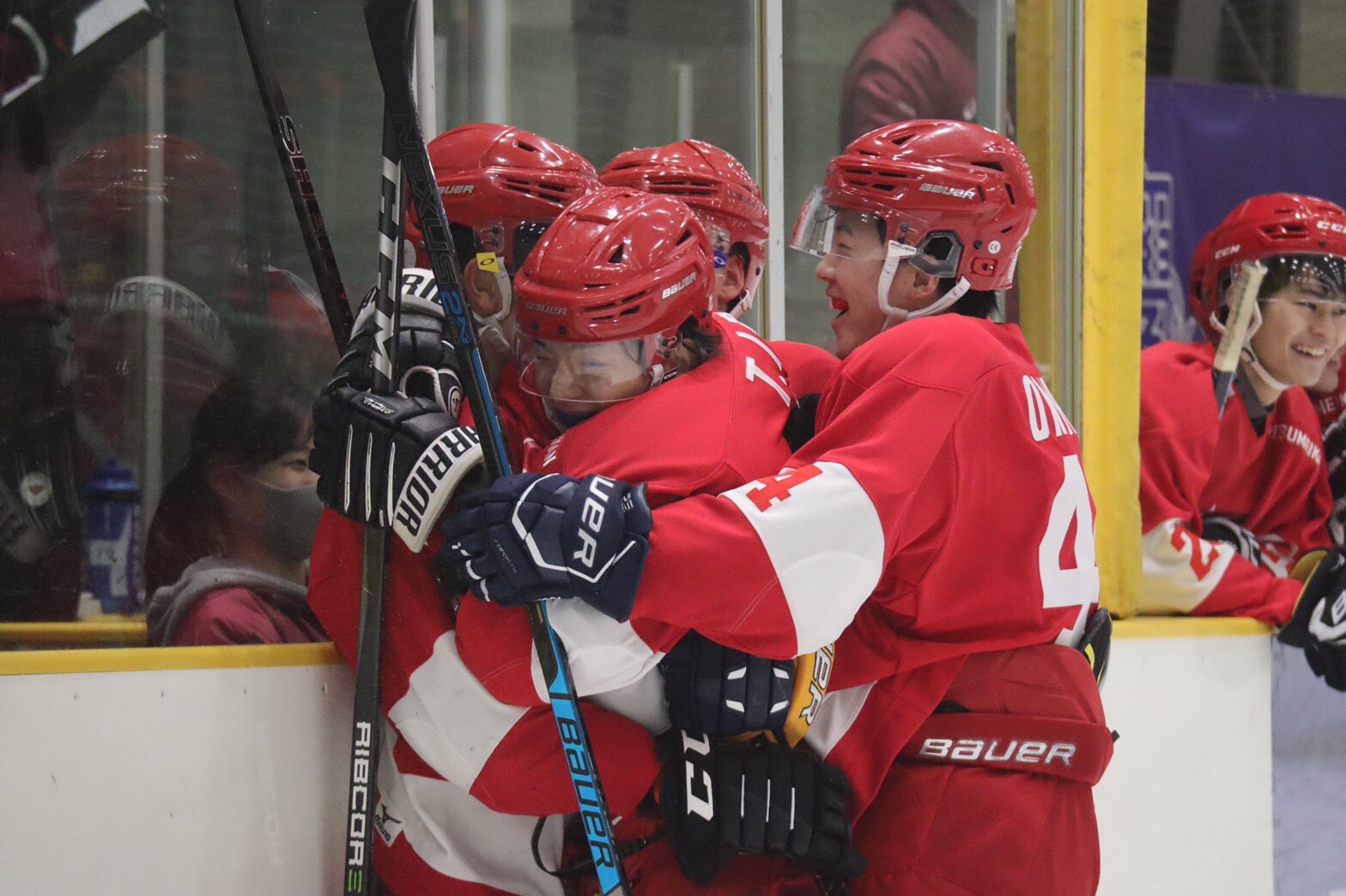 He finds ice hockey the most enjoyable, but he was disappointed that he couldn't play well in college.  He said, "I wasn't able to play well in the match. I couldn't do what I could in practice in the match. But what caused me to go wrong and what was the cause?  I try to overcome it by thinking. " 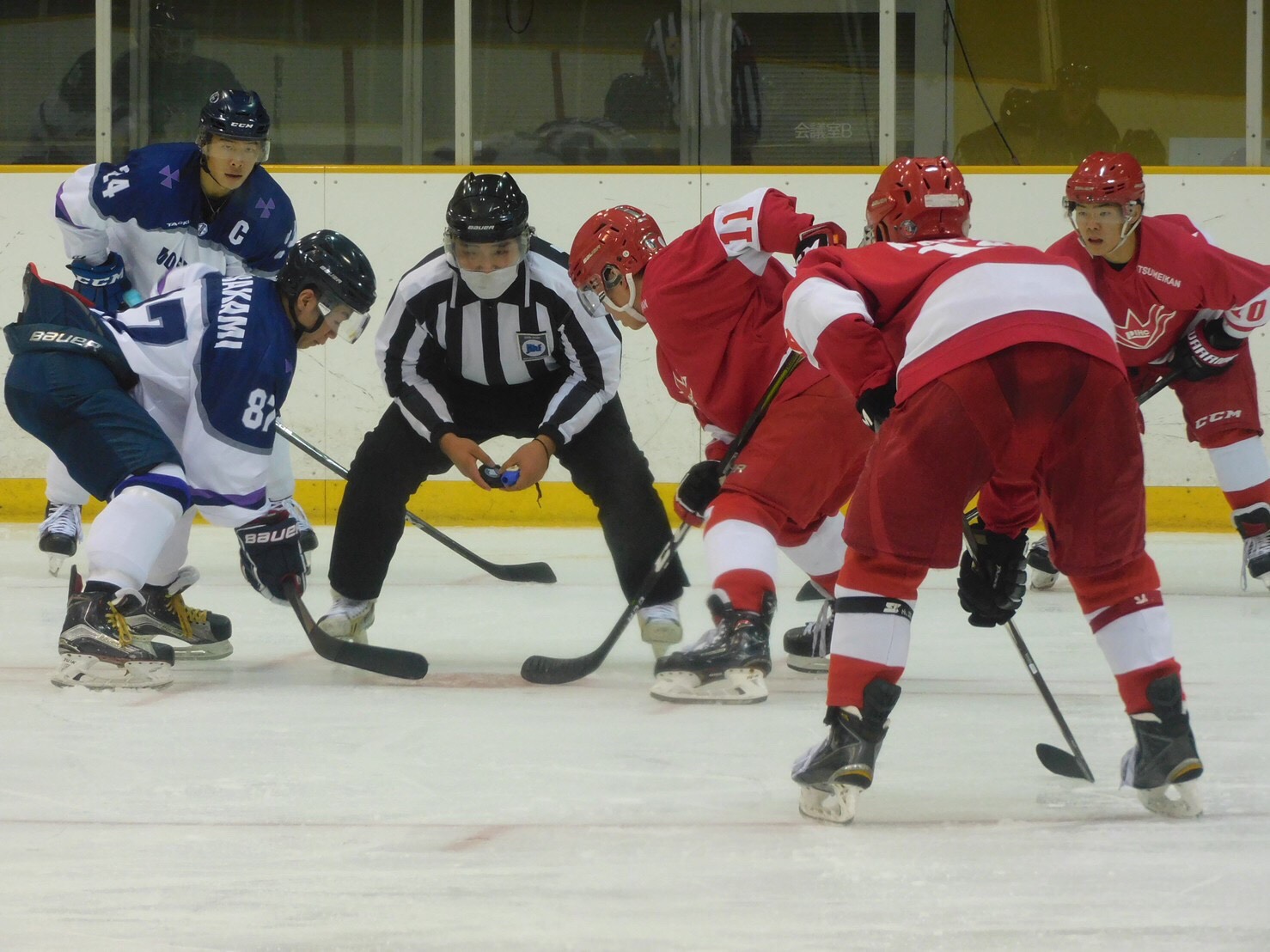 People who I met made me strong

Then, Mr. Imamura has been focusing on ice hockey, so the interviewer asked him the strong point of his sports experience.

“The good point is meeting various people through ice hockey. I met many people who different  personalities and there were a lot of opportunities to get knowledge from them. They had positive effect on me, so my view has broaden. Also, ice hockey is a team sport and I feel that I don’t want to lose when there are strong people around me. Therefore, people who I met made me strong. In regards to schoolwork, I thought that just taking classes didn’t benefit me in universities, so I tried to have question when I listened to classes. Consequently, I came to be able to think things deeply.”

Be a top scorer

He will be a senior in the spring. We asked him what kind of seniors he wanted to aim for and his future goals.

"First of all, I'll be a top scorer. This is an expression of intend. And since juniors will come in from spring, I want to be a reliable senior. I would like to be a senior who can answer everything and be a role model. My personal goal in the future is to be a wise person. I haven't decided clearly, but anything I think that it will be useful for the future if I can acquire ability, such as being able to respond flexibly and expressing my opinion firmly in any situation. Therefore, I want to be a wise person not only in club activities but also in any situation. " 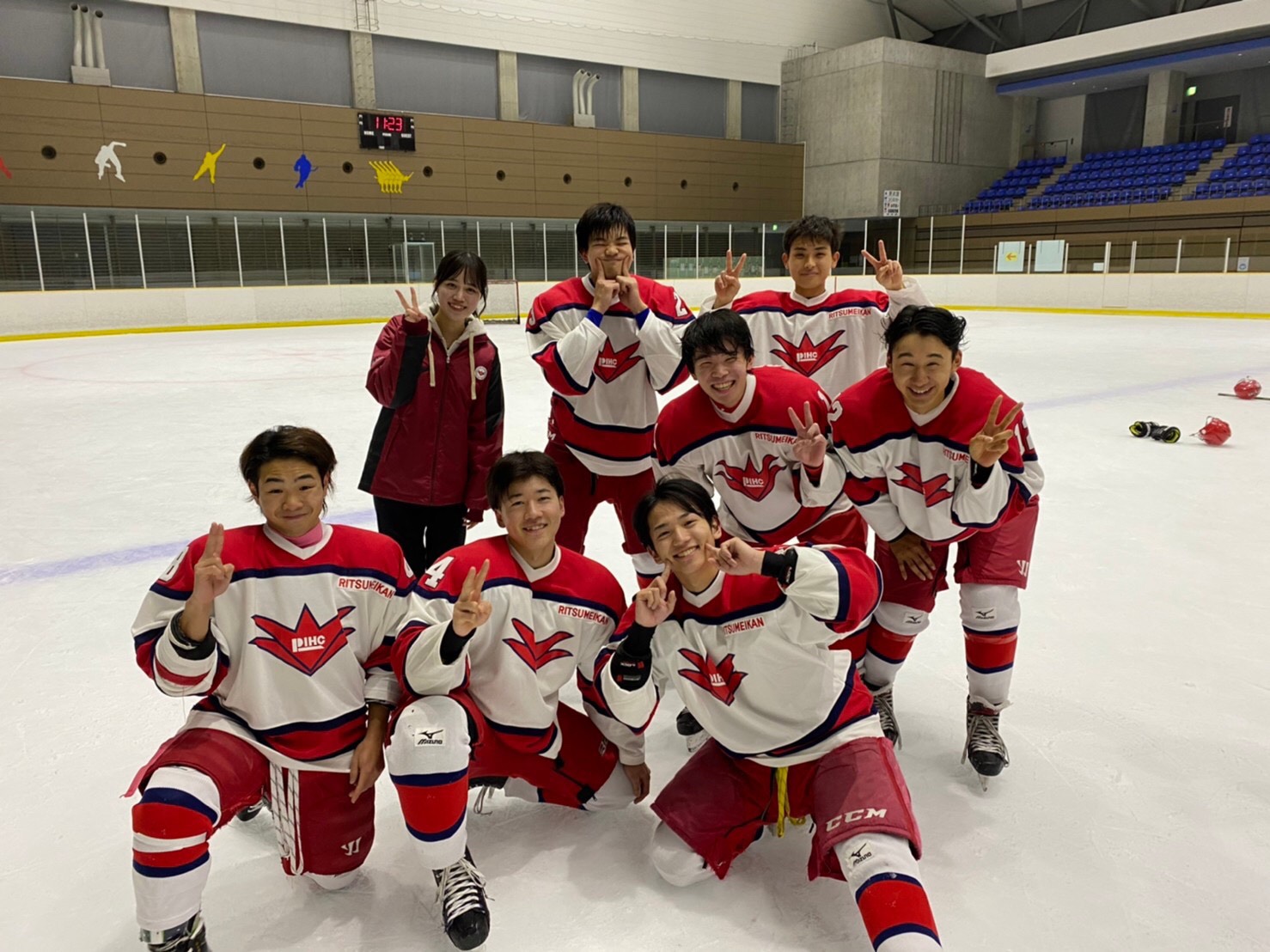 The place to grow myself

Finally, we asked Mr. Imamura what kind of place the ice hockey club is.

He said, "It's a place where you can grow yourself. As I said, I've met a lot of people and I've been influenced a lot by those people. I think I've grown by imitating and incorporating it into myself, so the ice hockey club is a place for me to grow strongly. "

I look forward to Mr. Imamura's future success as he continues to move toward his goals!

If you want to watch the game of Ritsumeikan Ice hockey club, you can check the date of games from below URL!